The centre was informed of a monkey living on Petchaburi Mountain. It became apparent that according to Petchaburi officials, the monkey had lived with a piece of wire around it’s neck for a year.

Unfortunately, as this had not been reported and resolved earlier, the metal wire had begun to grow into the monkey’s skin, this obviously had serious medical implications for the monkey. Once the centre was made aware of the situation, a two day search ensued.

Ten days of treatment followed which resulted in a successful release. 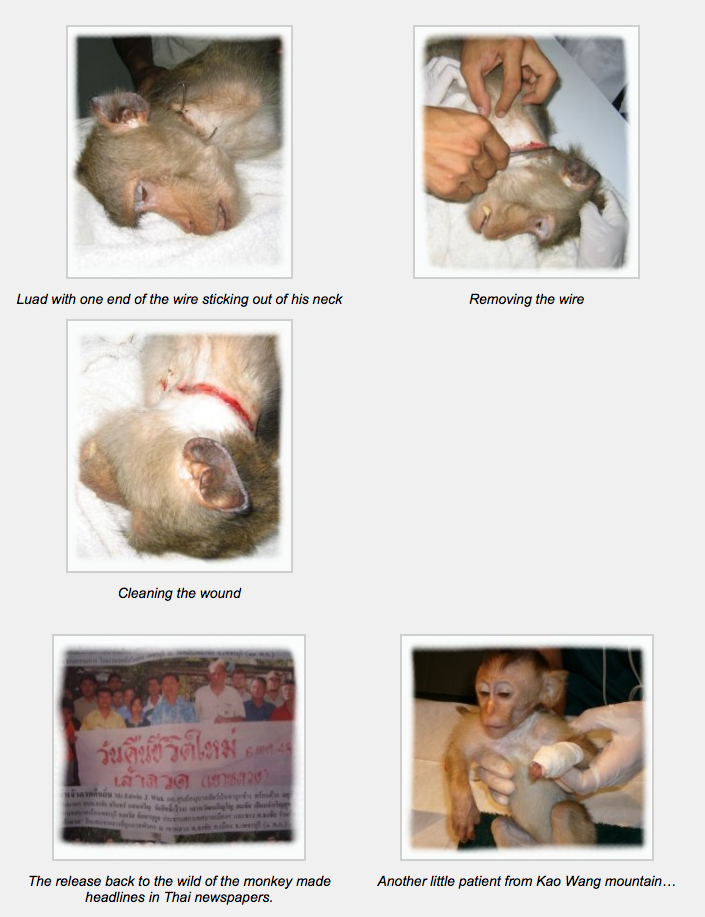