This is a follow up story on an earlier article

WFFT rescued BB, a wild macaque from Petchaburi, on the 22nd of October after a dog attack left him with severe wounds. BB had suffered ruptured muscles, extensive skin loss and severe infection of the right arm among other minor wounds. After several weeks of dressings and medical treatment, with the infection under control, BB’s injured arm was finally ready for surgery. Our aim was to reconstruct the missing skin from the arm using a flap of skin from the shoulder. Large wounds like this over mobile joints heal very poorly or restrict movement if they heal naturally. Our aim was to reconstruct the arm to allow optimum function for return to the wild. Yesterday morning BB was put under general anaesthesia and the arm prepared for the long surgery. First, some of the redundant torn muscle had to be removed. A flap of skin was then constructed from the shoulder and rotated and sutured onto the upper arm. Skin loss on the lower arm was too extensive for complete closure and so around a quarter of the original wound size remains for natural healing. The arm was heavily bandaged to protect the healing wound and reduce movement and BB is receiving strong pain killers and antibiotics. He recovered well from anaesthesia and was eating normally by the evening. 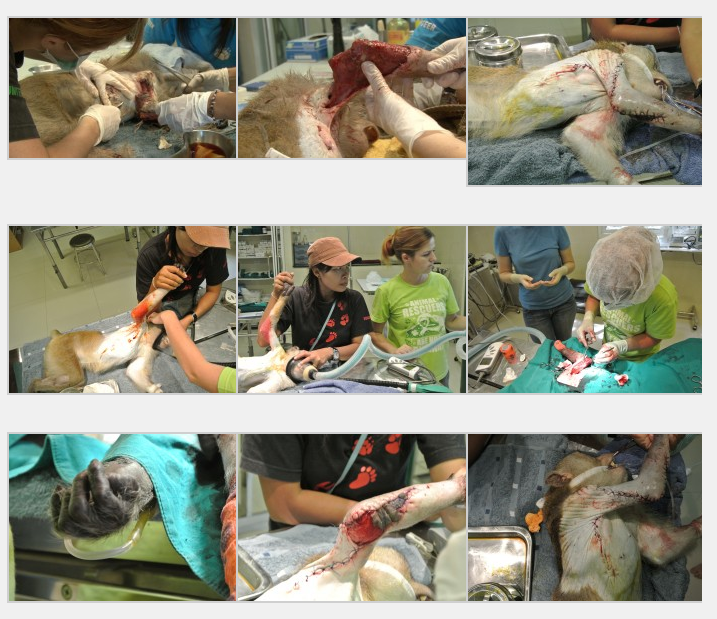 A few days ago the WFFT Rescue Team headed out to help this little guy,…

Milo the orangutan is gone!