A gibbon family awaiting release back to the wild 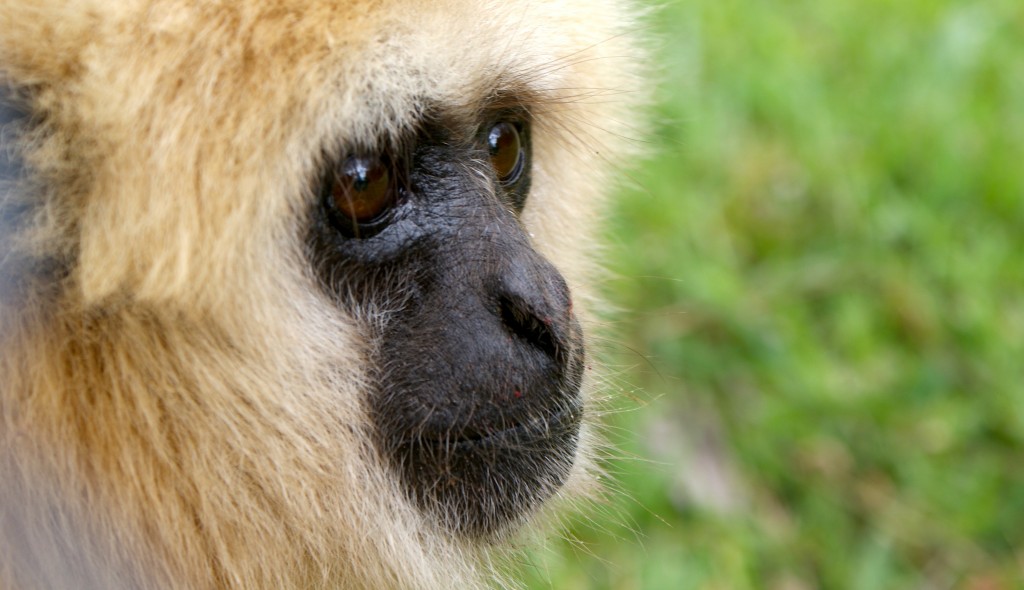 Cosmo is a white-handed or lar gibbon rescued from a temple in upcountry Petchaburi 8 years ago, while Bridget was rescued about 9 years ago from a Catholic school in Petchaburi city. These two gibbons were kept solitary for many years and never heard the sound of a gibbon calling besides their own. It was only when they arrived at WFFT that they finally did see and hear other gibbons. Not long after arriving they were introduced to each other; Cosmo a bit shy, with a broken wrist not able to swing well at that time and Bridget a gibbon that was convinced she was a human and did not really like other gibbons…

So many years later; Cosmo and Bridget are the proud parents of 4 babies and ready to go back to the wild in a joint program of Mahidol University, the Department of National Parks and the Wildlife Friends Foundation Thailand. It is against the objectives and policy of the WFFT to breed any wild animals in captivity, unless they are selected for a release project such as the one we are supporting. Please see here a short video of the gibbon family in their spacious enclosure at WFFT in Thailand.

And this year's price for ignorance goes to.... TOA! We find it hard to believe…

Loris rescue #47 of this year and still counting

Don't keep lorises as pets... This week we received 2 more lorises, number 47 and…

Christmas Day was not so joyful for this little one

(WARNING: Some of you may find the images in this post rather graphic) On Christmas…