‘Sparkie’ the long-tailed macaque (Macaca fascicularis) returns home after spending the past 6 months recovering at the WFFT Wildlife Rescue Centre. Back in August of last year he was electrocuted after climbing on exposed power lines, he then fell into a busy road and collided with a moving vehicle. He sustained terrible burns over the most of his body, the damage to his right leg was irreversible so the WFFT Vet Team made the decision to amputate it. After spending months in recovery at WFFT he has made a great recovery and the best thing for this special little boy is to return to his homeland.

The long-tailed macaque is listed as Least Concern (LC) by the IUCN Red list of Threatened Species, in view of its wide distribution, presumed large population, tolerance of a broad range of habitats, occurrence in a number of protected areas. Although it is under heavy hunting pressure for the pet trade, meat, sport and trophies, this is not considered a major threat to the species overall. Females are often taken into breeding facilities and males are exported internationally primarily for use in laboratory research. They are regularly persecuted as pests. Habitat loss is also a localised threat, but the species can persist in a variety of habitats and very adaptable. 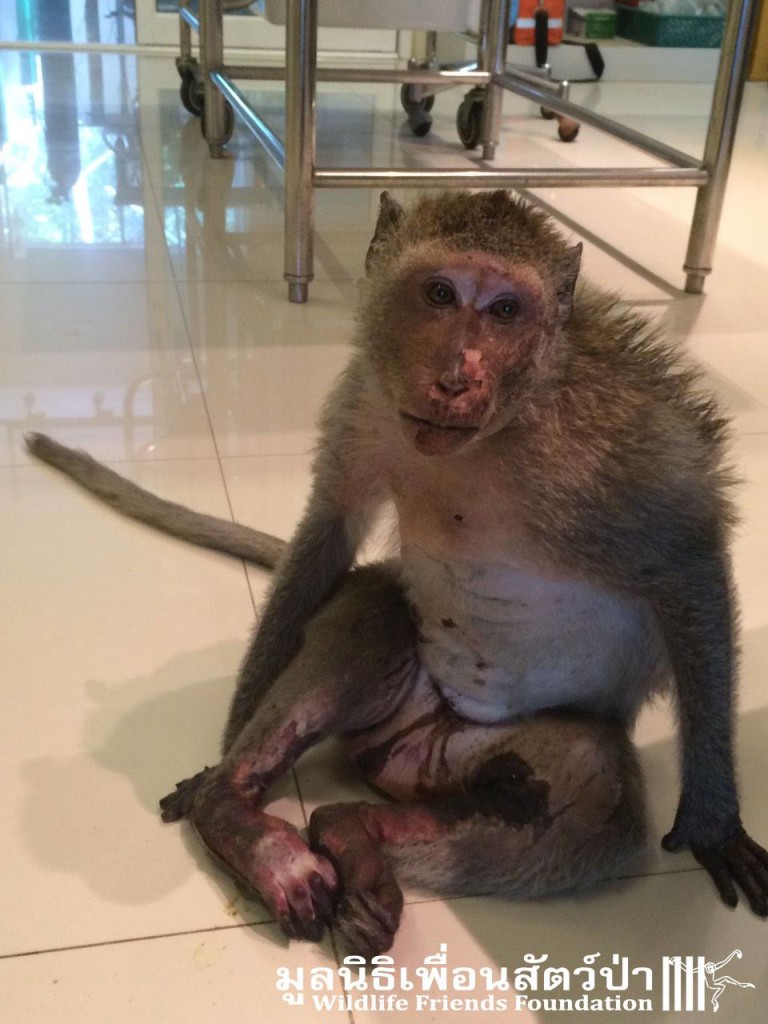 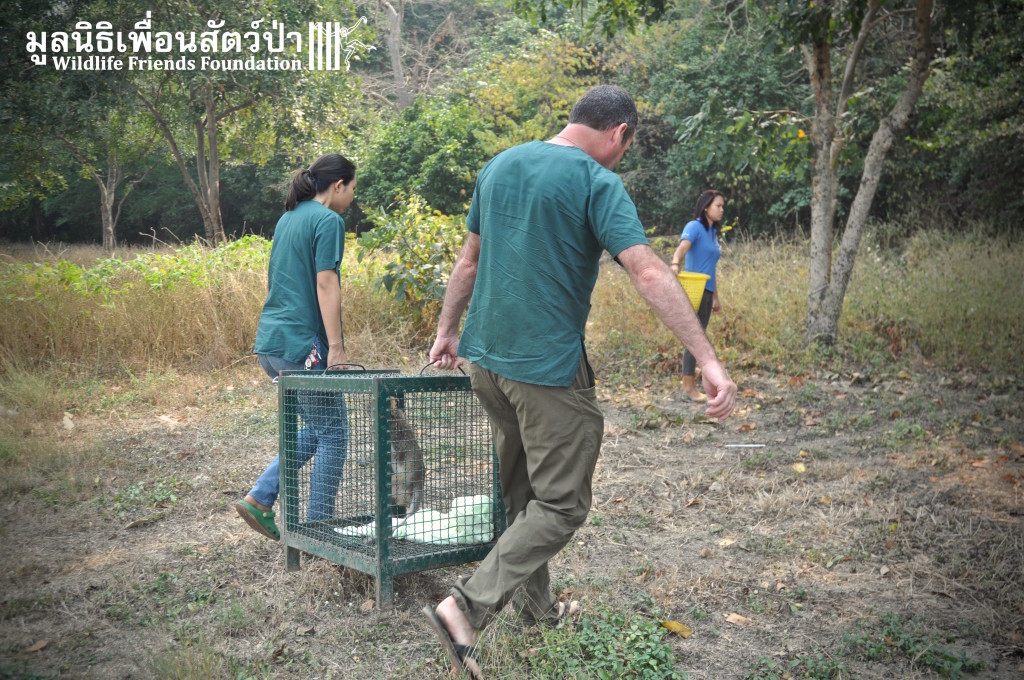 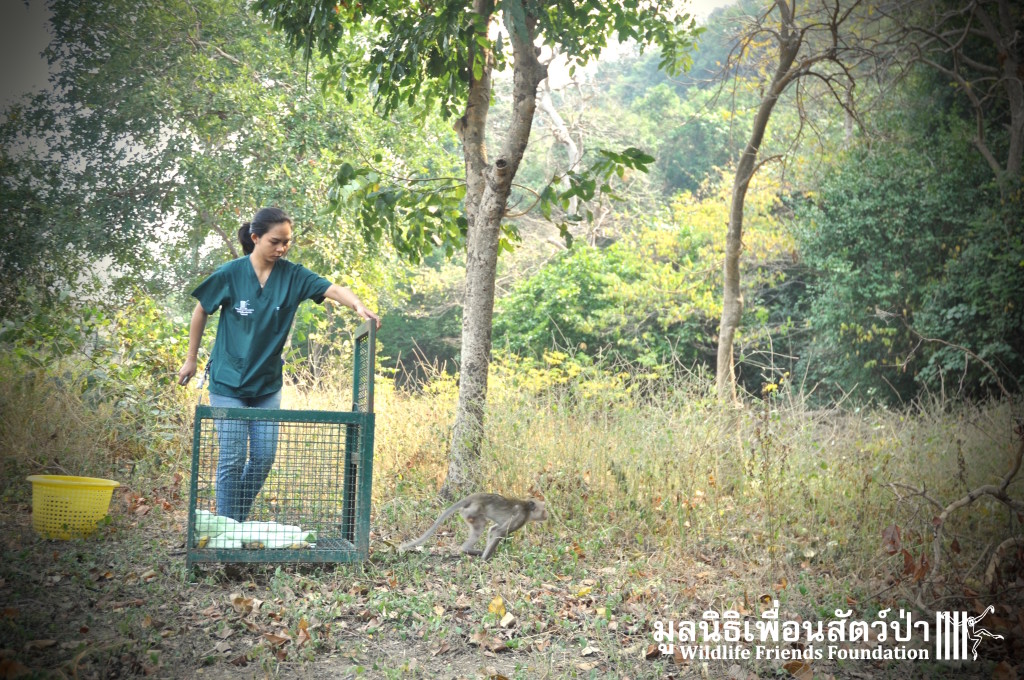 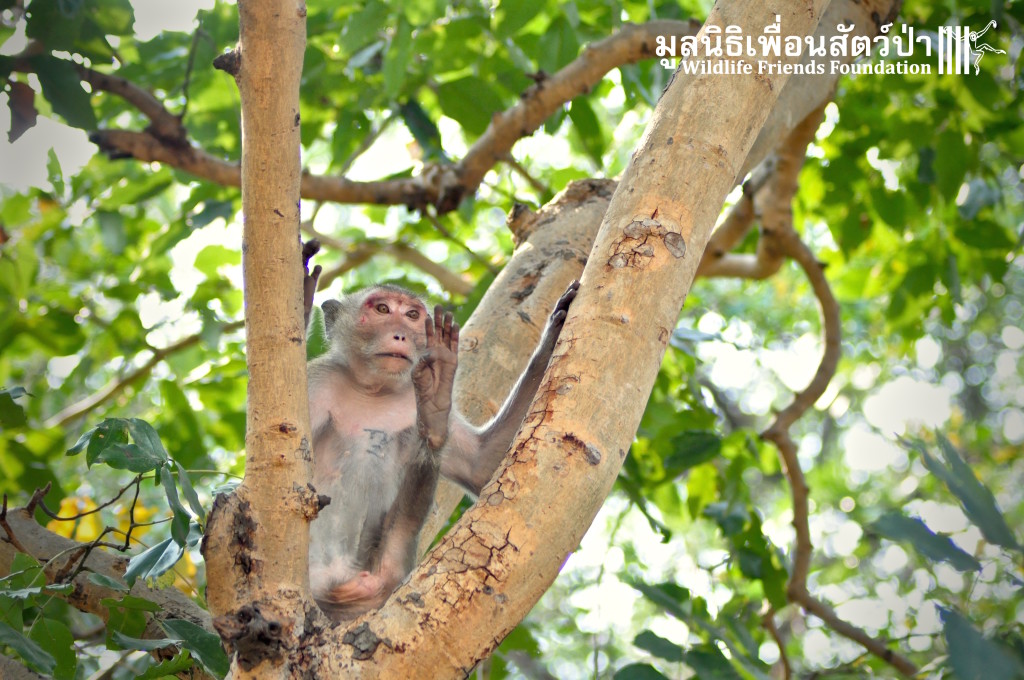 Upon arrival to his home Sparkie recognized the area instantly, the transport cage was opened and off he ran into the forest. This is a great outcome as more often than not burn victims are fatally injured. See his rescue story here on.fb.me/1TF8YiL

Two Special Monkeys Freed from a Life in Chains… Part 1.

Upate on “Joker” the attacked macaque

Joker is recovering well, lost one leg Joker, the temple macaque rescued in June after…