Slow lorises, Langurs and Gibbons NOT confiscated yet

The governor of Phuket Province and the Director-general of the Department of National Parks have told their officials to urgently enforce wildlife protection laws and arrest anyone walking around with protected animals as photo-opportunity on the island of Phuket after the Wildlife Friends Foundation shot undercover footage and made a detailed complaint about the illegal possession and exploitation of wildlife on Patong beach and Soi Bangla two weeks ago.

See link of last week: http://www.wfft.org/primates/phuket-still-hell-for-protected-wildlife/
(video on this link)

The fast action was taken within 24 hours after Thailand’s biggest TV channel, Channel 3, aired our video footage in the evening news.

WFFT welcomes and applauds the fast reaction to our complaint and expects arrest of those seen exploiting protecting wildlife on Phuket, with the illegally obtained animals confiscated and taken to a wildlife rescue facility. 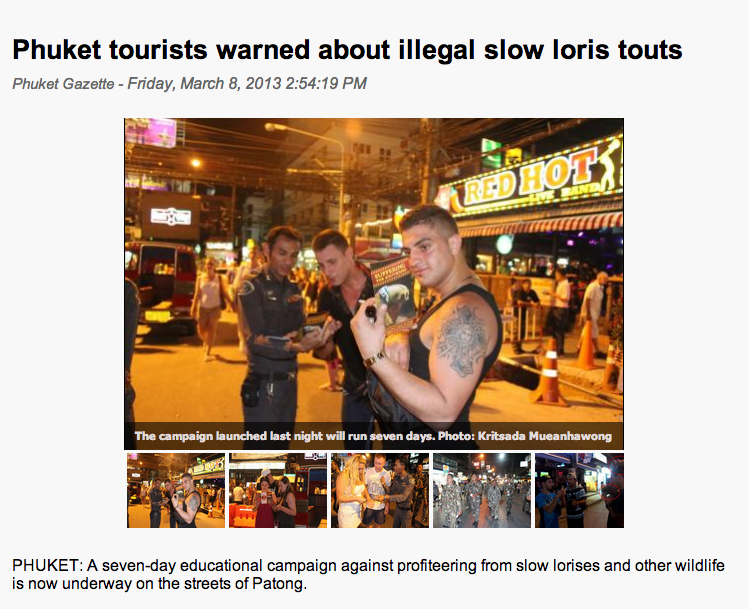 Link to the story of the Phuket Gazette

Yesterday we received a call about a macaque in need of help, so this morning…

A New Life for the Lannister brothers