Re-socializing after being a life-time alone 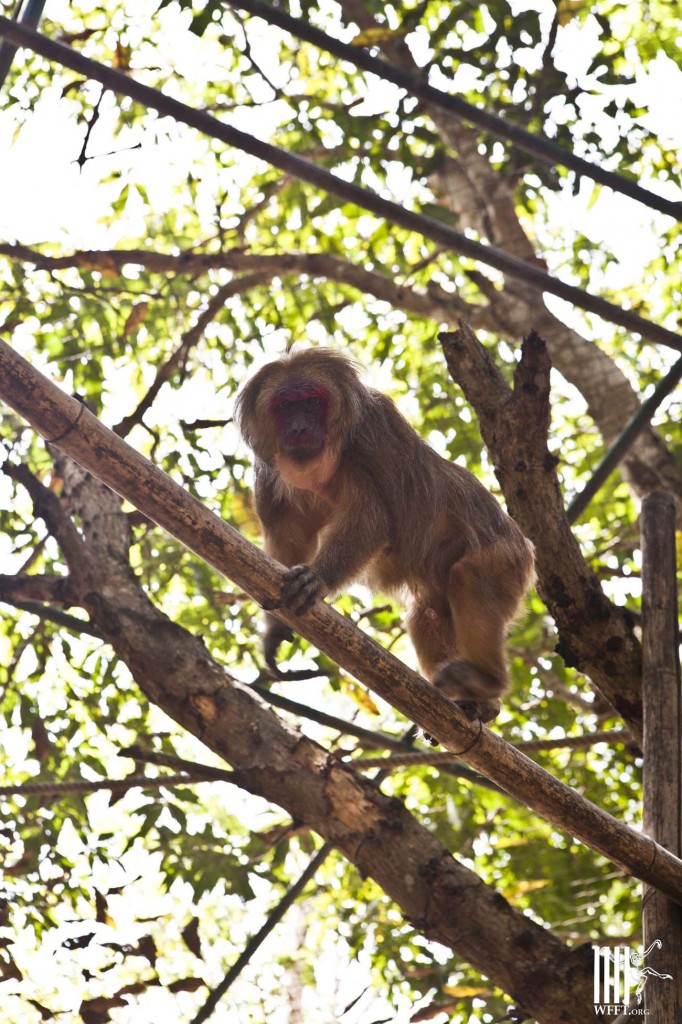 Nadaeng is the Stumptailed macaque that was rescued 6 months ago after spending 22 years in a small dirty enclosure. She lived behind a market in Kuraburi, Ranong in Southern Thailand with a gibbon living in an equally small cage, to see the original story and video and photos go here 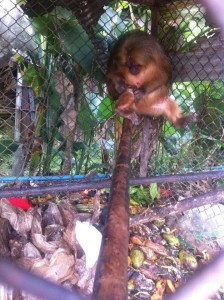 Nadaeng at her home for 22 years

After quarantine period and medical check-ups Nadaeng is now found to be clear of diseases and has been moved to a large re-socializing enclosure at the rescue center where she met another stump-tailed macaque for the first time in over 23 years! A big step for her of course, but not an easy one. Imagine arriving in a city full of strange people after you have lived as only human being in a forest for that long! 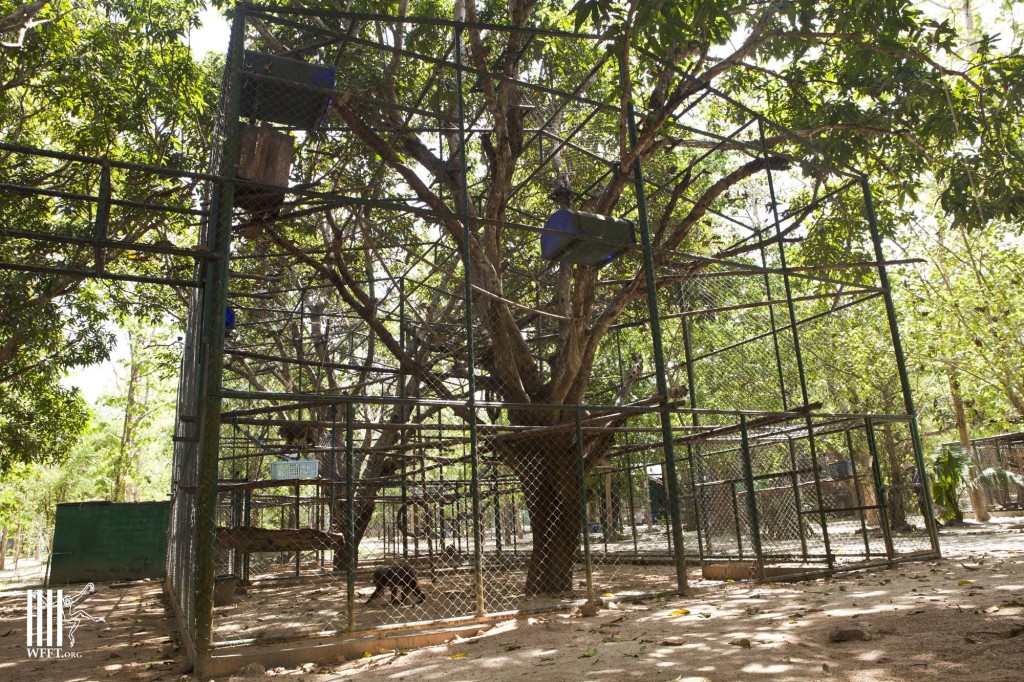 For Nadaeng this new home of 16x8x7 meters is massive in comparison to her old home of 2x2x1 meters (a stunning 220 times bigger) and only a halfway house, because if all goes well she will move to the new large primate fields at project 3 of the WFFT in a group of her own. First step right now is to make her socialize with other macaques of her own kind, to live and eat together and communicate. For her not easy when you consider that she has been alone for so long, not having any social skills… 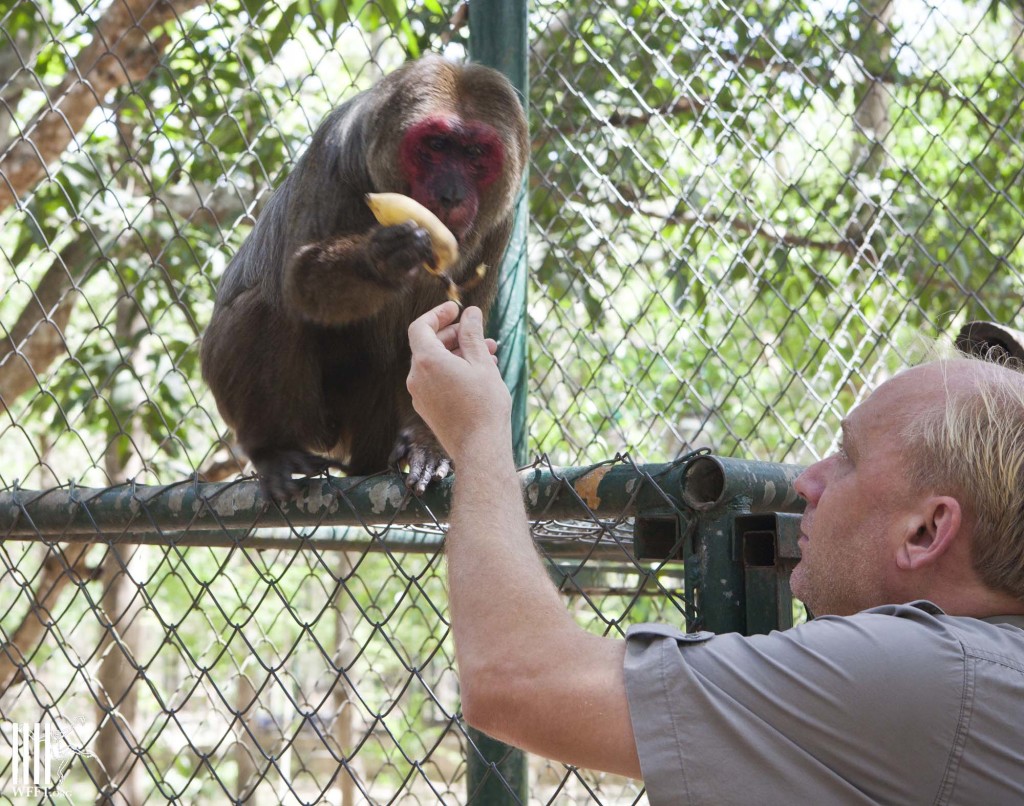 Edwin gets John and Nadaeng closer by feeding both

Luckily she is not aggressive towards Edwin, who rescued her 6 months ago, and allows him to enter her enclosure. As Nadaeng is so old Edwin decided that the best introduction for her would be to meet up another macaque of a similar age. “John” our oldest stump-tailed macaque was chosen to be introduced to her. John is a very kind almost 30 year old guy who is very kind to people and loves and trusts Edwin to bits. After sitting in with John at quarantine for one hour, Edwin was able to lift him up and carry him to Nadaeng’s enclosure without using anesthesia or force. 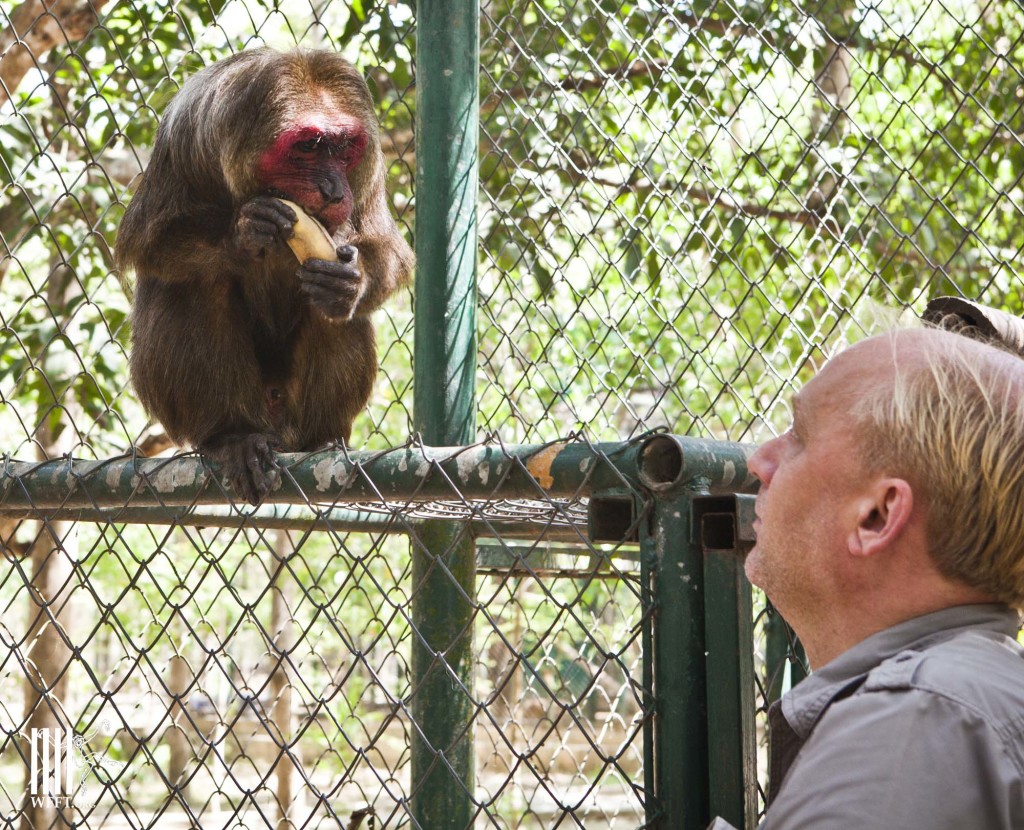 John checked out the enclosure for a while, ignoring Nadaeng. Once Edwin started to hand out snacks to both they finally made contact and greeted each other in a very natural way, which was very good to see. One of Edwin’s major concerns was that Nadaeng might not have much of her instinct left and might not know how to interact. Once John got close she gently presented her behind to him, with her head down. A great sign she was submissive to him and knew how to show that! Within the next hour they walked around following each other making sounds that we recognized as normal greetings of stump-tailed macaques. When both groomed each other a bit later we knew we had a “winner” here. 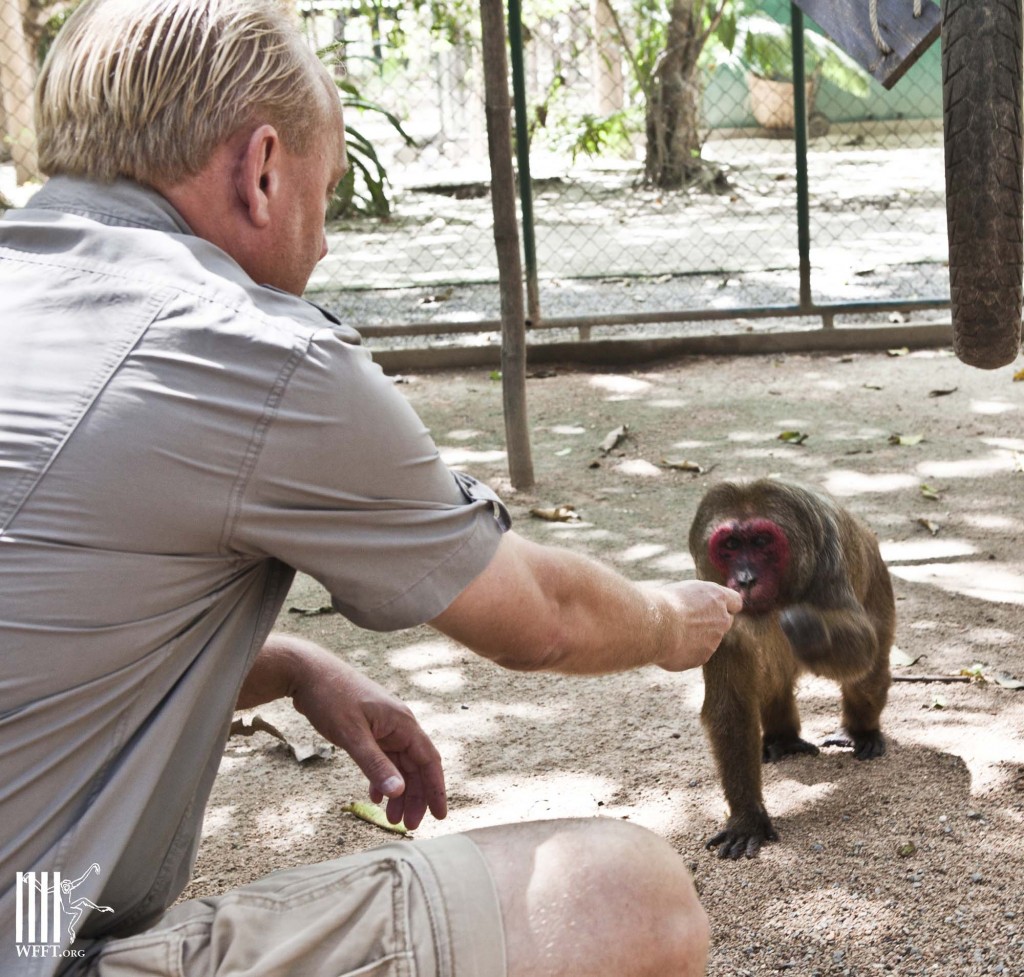 John getting at ease

For now both will be together for 2 weeks to come before more will join this new group, we are confident it will work out well and the new company is surely an “enrichment” for both! The next steps will take place soon and once the group is big enough and shows a good group-spirit they will all move together to the largest open enclosures at project 3. For now we are happy to see Nadaeng is finally having a friend, more living space and the chance to spend the rest of her life as close to nature as possible with her own kind. 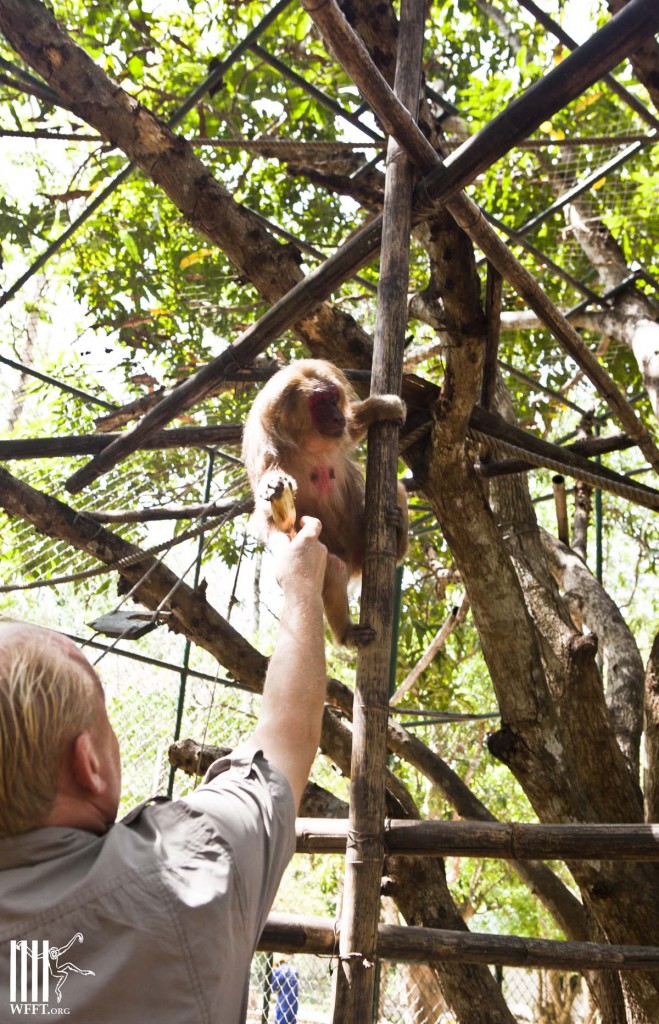 Having finally agreed to hand over the animals, after months of negotiations and changes of…

Yesterday, the WFFT Wildlife Rescue Centre gave refuge to a very special soul. We are…