A few days we received a call from a concerned man who had found a severely injured macaque lying in the middle of one of the busiest highways in Thailand. This brave man got out of his car and stopped the traffic to prevent the monkey colliding with any more vehicles. The man hoped that he could save the life of this poor macaque. The male long-tailed macaque (Macaca fascicularis) was moved to to the side of the road, the man then called WFFT for help, we immediately sent the WFFT Wildlife Rescue Team to investigate. The monkey was then taken to a local clinic for an ex-ray, the results of the x-ray revealed that this macaque had a broken right arm and a dislocated shoulder, it also revealed that he has bullets dislodged in his leg from previous ‘run-ins’ with humans.

The long-tailed macaque is listed as Least Concern (LC) by the IUCN Red list of Threatened Species, in view of its wide distribution, presumed large population, tolerance of a broad range of habitats, occurrence in a number of protected areas. Although it is under heavy hunting pressure for the pet trade, meat, sport and trophies, this is not considered a major threat to the species overall. Females are often taken into breeding facilities and males are exported internationally primarily for use in laboratory research. They are regularly persecuted as pests. Habitat loss is also a localised threat, but the species can persist in a variety of habitats and very adaptable. You no longer need to fight for your life and deal with the unrelenting lack of empathy of some of human beings.

Sadly, this macaque passed away within 24 hours of the WFFT Rescue Team being called to his aid. Rest in Peace. 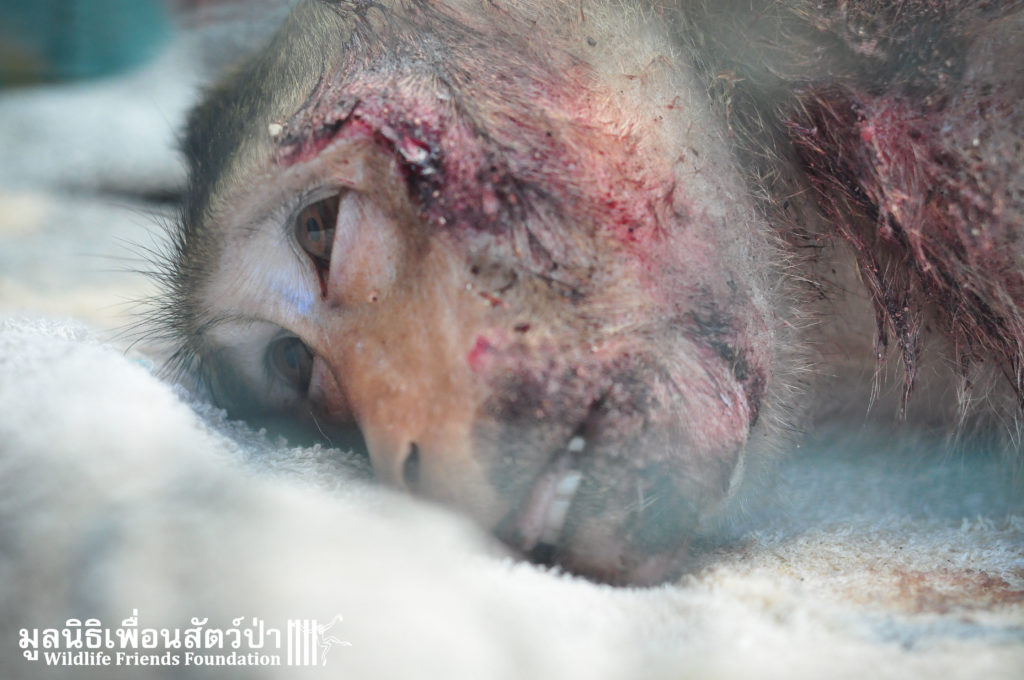 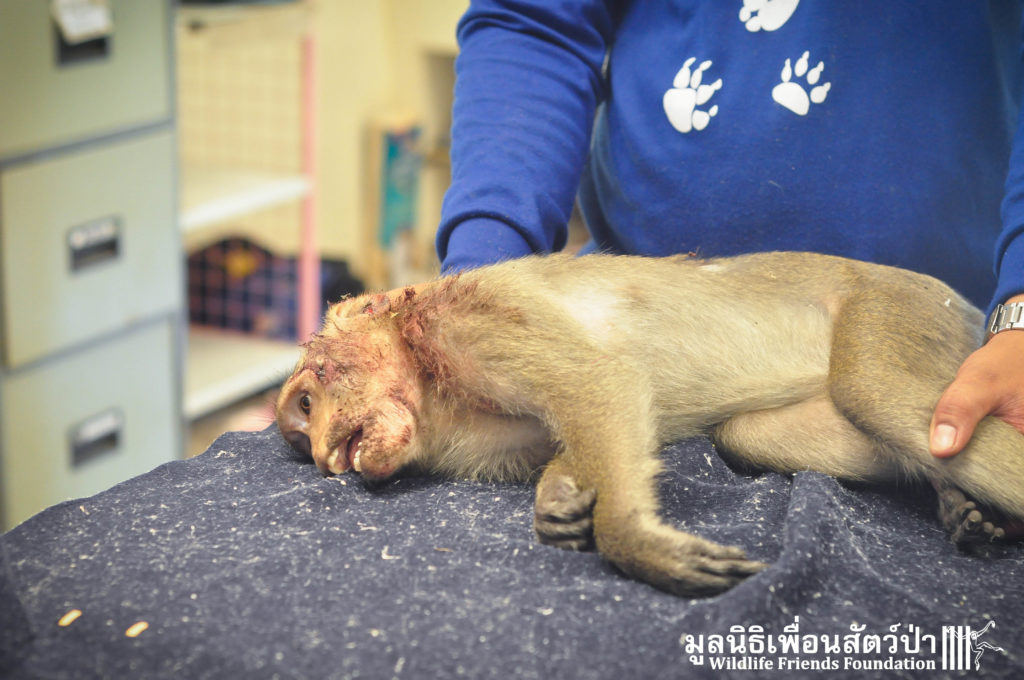 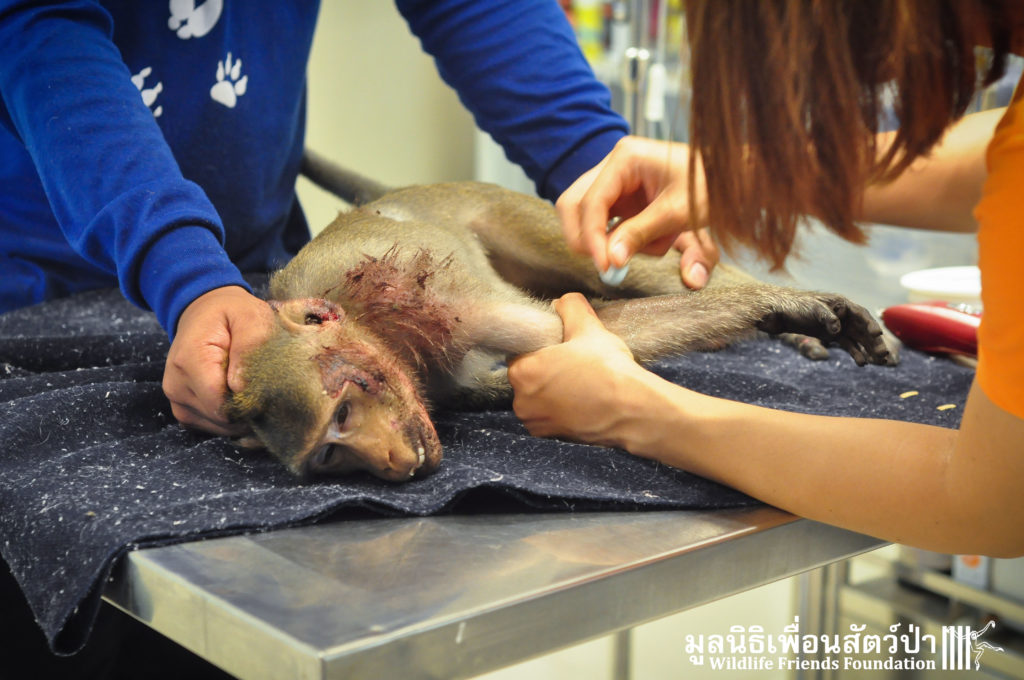