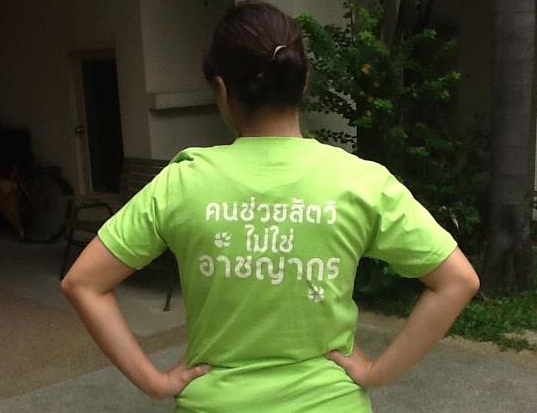 Wildlife Friend Foundation chalked up a hard-fought win today, with a Supreme Court of Thailand decision clearing founder Edwin Wiek, president Jansaeng Sangnanork and the Foundation itself of illegal wildlife possession.
The court reviewed previous lower court and appeal rulings resulting from a 2012 raid on the 46 ha wildlife rescue centre in Petchaburi province, in which 99 out of over 300 animals were seized.
The Supreme Court upheld previous court findings that Wiek and the foundation were legally permitted to rescue and house abandoned, abused, ill or harmed wildlife.
The court however issued a fine of 20,000 baht to defendants for procedural inconsistencies.
“I regard this as a victory, but not a sweet victory,” Wiek said. “Of course we honor the court’s decision, but it is very difficult to follow documentary procedure when that procedure was never laid down by law.
“Fortunately, this shortcoming is currently being addressed by the strengthening of the 2017 Wildlife Preservation Act. I am currently on the parliamentary advisory committee and a clause will be included that will clearly outline the requirements of rescue centres with the option of registered charities, such as WFFT, running wildlife rescue centres and caring for confiscated wild animals on behalf of the government.
“This will ensure there will not be a repeat of this unfortunate and traumatic series of events for us or others invested in the preservation, care and rehabilitation of Thailand’s wildlife.”
In 2013, the provincial court had sentenced Wiek, Sangnanork and the Foundation to a year in prison (suspended) and issued a 90,000 baht fine.
The court of appeal overturned that decision in February 2014 and today’s Supreme Court ruling upheld that finding and also cleared them of all other charges.
The man who led the raids in 2012 stated his intention was to close down the facility completely and have Wiek deported to his birthplace of Holland.
WFFT has remained fully operational since the raid, and currently cares for about 550 animals.
It operates a wildlife clinic, an elephant refuge, a wildlife rescue centre and a elephant hospital. It also runs the first and only wildlife rescue centre in the Laos PDR.
Wiek will meet with his parliamentary advisory committee colleagues tomorrow in Bangkok to further work towards strengthening Thai laws on animals and other wildlife.
Wiek said he would shortly begin proceedings seeking the return of some of the seized animals, including gibbons and monkeys.
The whereabouts and conditions of many of the animals taken in the 2012 raid is still unknown.

Video with subtitles on confession of authorities that they did indeed received documents from WFFT
https://www.youtube.com/watch?v=2A9paV4wusc&t=8s

We wish to thank all supporters of WFFT, the 63,000 people that signed the online petition,

Mr Tom Dundee who stood up for our animals and our work and blocked police a few days,

the International Primate Protection League who supported financially and gave us strength,

Mrs Margot Homburg who generously donated towards the legal funds,

Last but not least, thanks to all volunteers during and after the raids that helped us continue our important work!