You may remember some of the first pachyderm residents at the WFFT Elephant Refuge, Soy Thong, Kiew Ta and Nam Fon. They lived at the WFFT Elephant Refuge from 2004-2010, along with their mahouts. Sadly after 6 years living happily at the refuge their mahouts repeatedly demanded more and more money from us. We were not in a position to give them more money, from a financial or an ethical point of view. After the final refusal of increasing the monthly fee they abruptly left in the middle of the night taking the 3 elephants with them, off they went back to the tourist industry. After this incident the decision was made to no longer ‘rent’ elephants, as we could not guarantee them permanent sanctuary.

Since being taken away they have been transported around the country to various elephant camps and tourist establishments. A few weeks ago we heard reports that Kiew Ta had been involved in a disastrous accident while being transported from one camp to another in the northeast of Thailand. She was being transported during the night on the back of a vehicle that had not been properly equipped to carry an elephant safety. The truck was travelling to fast when approaching an intersection with a red light, it had to break suddenly causing her to lose footing and crash into the body of the truck. She died the following day after sustaining severe injuries caused by this. Sadly it was to late to save Kiew Ta but we now have the chance to save Nam Fon but we need some help in raising funds to secure her future. 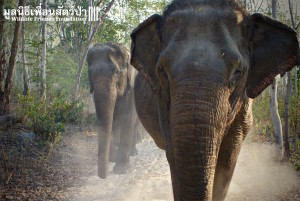 Nam Fon is a 45-year-old elephant that has spent most of her life being used to carry tourists at various elephant camps. It is most likely that she was poached from the wild as an infant, witnessing her mother and other herd members being killed and then sold on into the logging industry, and later into the tourist industry. She is currently at an elephant camp giving rides to tourists each day. The camp in which she resides is notoriously known as an abusive place for elephants. Recent press from the camp has shown the aggressive behavior of mahouts towards an infant elephant, see here http://ibt.uk/A6SK0. 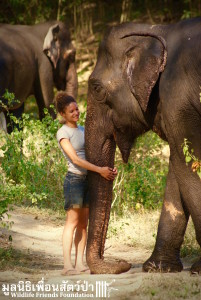 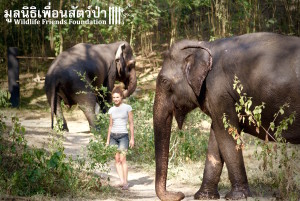 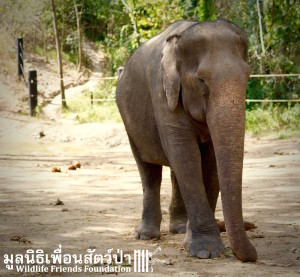 During her time at WFFT Nam Fon became a close friend to Pai Lin, Somboon and, a then infant, Khan Kluey, all three of which are still at the refuge. If we can bring her home we are hopeful that she will once again become close friends with these elephants she has not seen for the past 6 years. We need your help in saving this very special old lady from a life of misery. If we can raise the funds needed to save her she will be free of chains and will never gives rides to tourists again. 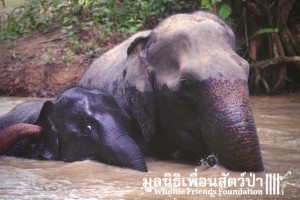 See the work of the WFFT Elephant Refuge through this song and video by Bianca Strong on the rescue of June on 2010, sadly June no longer with us bit.ly/1OTfy4Y

Do you think it is time for Nam Pon to retire permanently? We do, please help secure her retirement by donating and sharing this campaign.

WFFT Welcomes some Special Quests
Over the weekend we were honored to welcome the ambassadors to Thailand from Belgium, Brazil, Luxemburg, Netherlands, Panama, and Peru.
WFFT’s Elephants Still Need You