skip to Main Content
Menu
Visit THAI ELEPHANT REFUGE Read Elephant Updates -◉- Visit PEOPLE & ANIMALS THAILAND Website -◉- CAREERS AT WFFT
Report Illegal Wildlife Trade and Abuse
Save Thailand’s Wildlife Sanctuary! at https://igg.me/p/2672771/twtr/13520656
The Wildlife Friends Foundation Thailand, or WFFT, home to more than 800 rescued animals, had planned to celebrate its 20th anniversary on 1 May. Instead, we may be shutting many gates for the last time.
Like so much of Thailand, the Covid-19 crisis and closure of the borders has hit the rescue centre hard, with WFFT losing more than 70% of its income for the past year. This income derives from overseas volunteers who pay for room and board, day visitors and lodge guests who bring their families for a learning experience and the soothing hilly landscape of Phetchaburi. WFFT prides itself on providing a home in an environment that is as close to a natural habitat as possible for wildlife and other animals who have been abused or are no longer wanted as pets, like Chico and Maggie, the resident orangutans. 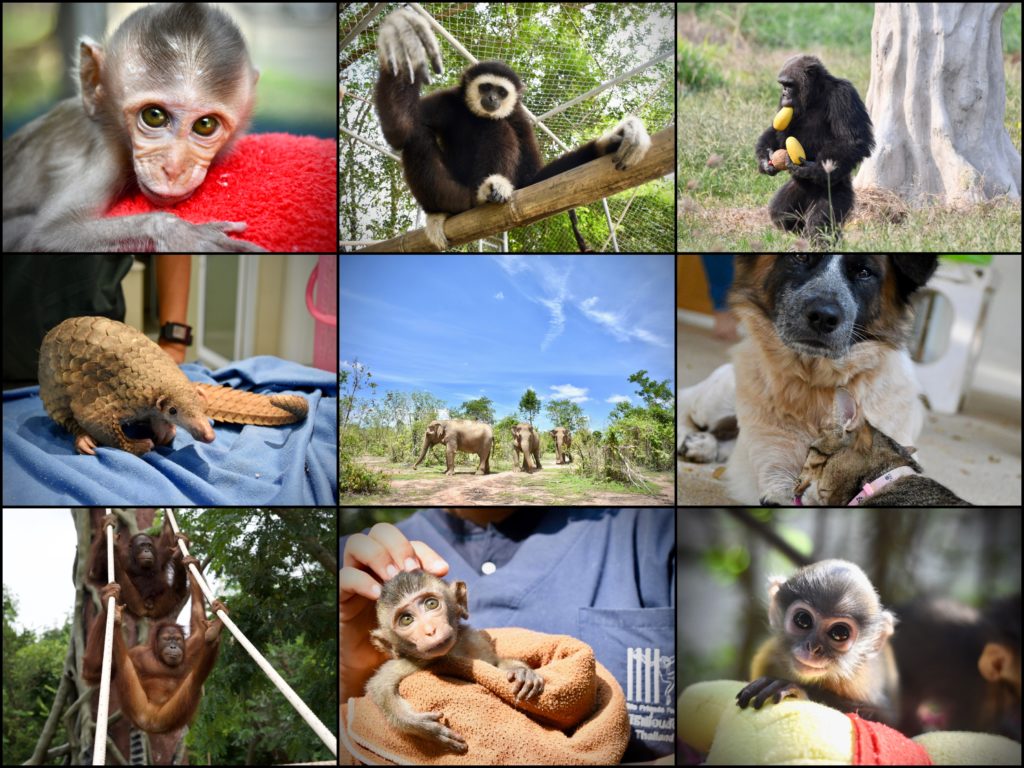 WFFT was blessed with countless donations over the past year that helped sustain the monthly expenses. Several large grants from organizations, businesses and private citizens helped improve or build desperately needed enclosures. But the toll of the pandemic has finally consumed all gifts. We have endured monthly losses since March 2020, and WFFT has only enough funds remaining for one month of operations.
With the onset of the Covid crisis, WFFT was also hit with a lawsuit by a Bangkok-based politician and two local government officials for alleged false accusations made years ago and seeking 50 million Thai baht, or $1.6 million, in damages. A court date for 22 April has been set. If WFFT founder Edwin Wiek and its board members appear in court on that date, they likely will be arrested and required to post bail for release. The legal fees already and the potential bail will demand funds that WFFT does not have.
Fighting this lawsuit and what WFFT sees as associated harassment has become a priority now, at a fragile time when all focus should be on fundraising for the rescued animals’ monthly care. In January, a local wildlife official notified WFFT that it must hand over all rescued wildlife, as he claimed only they can legally care for rescued wildlife, which amounts to around 400 animals, such as monkeys, bears, wild cats, otters and gibbons. After WFFT challenged that order as harassment, we were told it could be ignored. But the order has not been formally withdrawn, and it hangs over the rescue centre as a lingering threat.

With the financial reserves approaching depletion, voluntarily handing over the wildlife animals now looms as a potential solution to reduce expenses. But we know this is not a viable solution because the Department of National Parks does not have any facility that could manage this many animals. Nor in this crisis time can it likely afford their upkeep.
Twenty years ago we constructed a few primate enclosures, a small kitchen and four bedrooms. We never thought then that our foundation would grow to the size it is today and to have an international reputation as a model rescue centre. Our commitment to rescuing and caring for animals deepened as the years flew by. That commitment remains, but our hearts are breaking as the funding disappears. 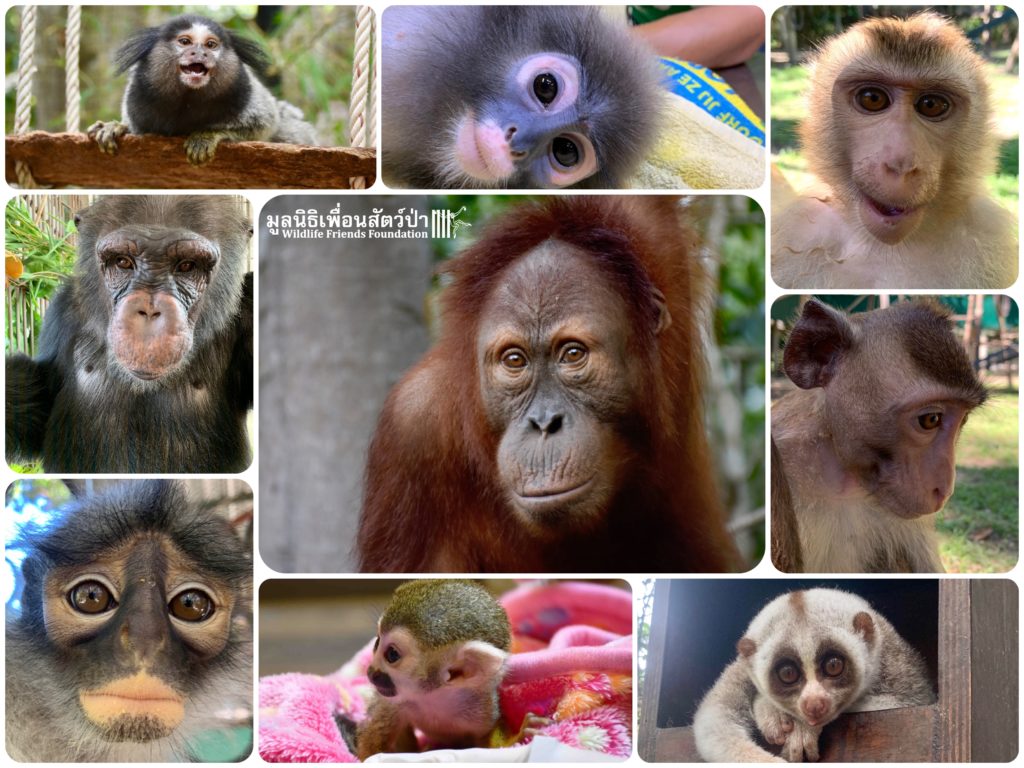 The elephants at WFFT are not considered protected wildlife under Thai law and would stay in our care. But the longer the borders remain closed due to the pandemic, the dimmer grows our optimism that returning tourism will rescue WFFT as the public knows it now. Without tourism, the rescue centre is dependent on donations and fundraising. But without sufficient funding and with the emerging court battle, WFFT is now forced to consider unacceptable solutions.
Your contribution can change this!
https://igg.me/p/2672771/twtr/13520656
ApeCovidelephantmonkeyprimateThailandwildlife