The Wildlife Friends Foundation Thailand is pleased to see that National Geographic has presented to the world evidence concerning the disgraceful actions of the Tiger Temple Thailand. The evidence presented has been collected over many years by numerous individuals and organizations, which have tried to expose the atrocities behind closed doors. As the Tiger Temple has grown into the multimillion-dollar business it is today, the illegal trade in tigers and the systematic abuse of the tigers currently imprisoned has increased. 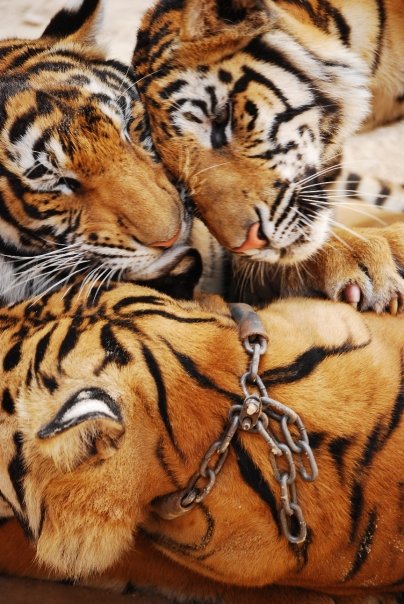 Throughout the years WFFT has monitored the actions of the Tiger Temple, launched numerous campaigns, and made endless official complaints, pressuring the authorities to act on the illegal activities undertaken.

As far back as 2001 our founder Edwin Wiek has made various complaints about the actions of the Tiger Temple. In 2001 it was found that a politician from Ratchaburi purchased tiger cubs that were used to start a breeding program at the Tiger Temple, this was the first official complaint aimed at exposing the true Tiger Temple facts surrounding the acquisition of tigers. 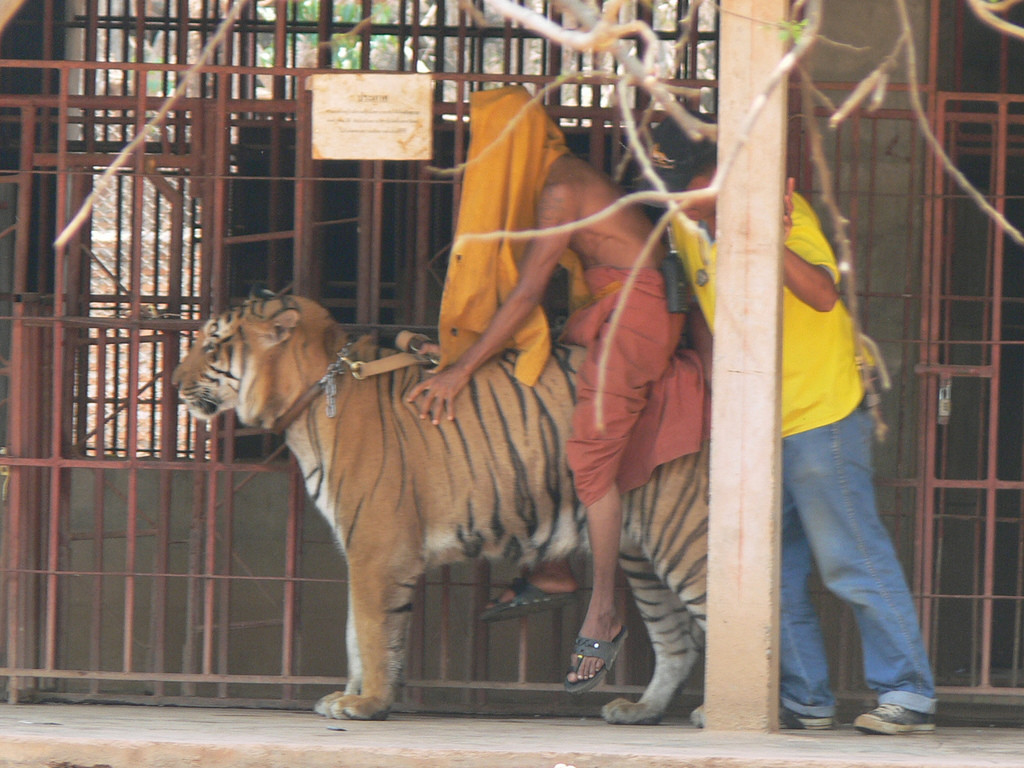 From 2005 – 2006 WFFT and Care for the Wild International coordinated numerous undercover investigations, uncovering the atrocities happening within the Tiger Temple. Using state of the art software programs we created a database of all the tigers by identifying their individual stripe patterns. 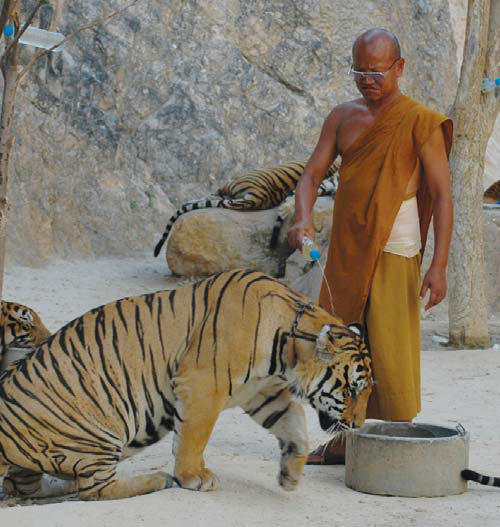 In 2006 our founder Edwin Wiek, Dr. Surapon Duangkae (Wildlife Fund Thailand under Royal Patronage) and Mr. Sawan Sangbunlang (Thai Society for the Prevention of Cruelty to Animals) were arrested for slander against the Tiger Temple after speaking out about the abuse and events of illegal trade. They were released on bail and instructed to pay $1,000,000 compensation to the abbot of the Tiger Temple. Shortly after the case was filed the prosecutors withdrew after discovering the amount and legitimacy of the evidence held by the defendants, which were backed up all the statements made. To this day the cruelty continues, only this week footage has surfaced of a Tiger Temple staff member punching a tiger in the face.

In 2015 the Tiger Temple was raided for illegally holding protected wildlife without correct licenses, during in this time 6 Asiatic black bears and numerous birds were confiscated. We were hopeful that this would be the start of the end. Article: ‘Tiger temple standoff: Illegal bears removed despite abbot’s objections’ bit.ly/1BUF5Oc

WFFT is part of the Species Survival Network Asian Big Cats Working Group which aims to inform discussion and decision-making at CITES meetings with regards to Conservation and Trade in Appendix I Asian big cats, including tigers. Along with the Environmental Investigation Agency (EIA) we are helping monitor the illegal trade in tigers throughout South East Asia.

WFFT is completely against the breeding of captive tigers that offers no value to conservation of a species; the tigers at the Tiger Temple are mostly hybrids meaning that claims that they have any conservation value is completely unfounded. 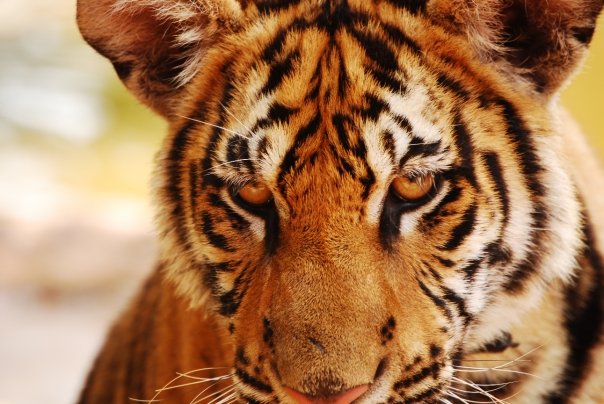 We have offered to help fund the care and management of the tigers once confiscated by Thailand’s Department of National Parks. We will continue to be of assistance if and when needed. 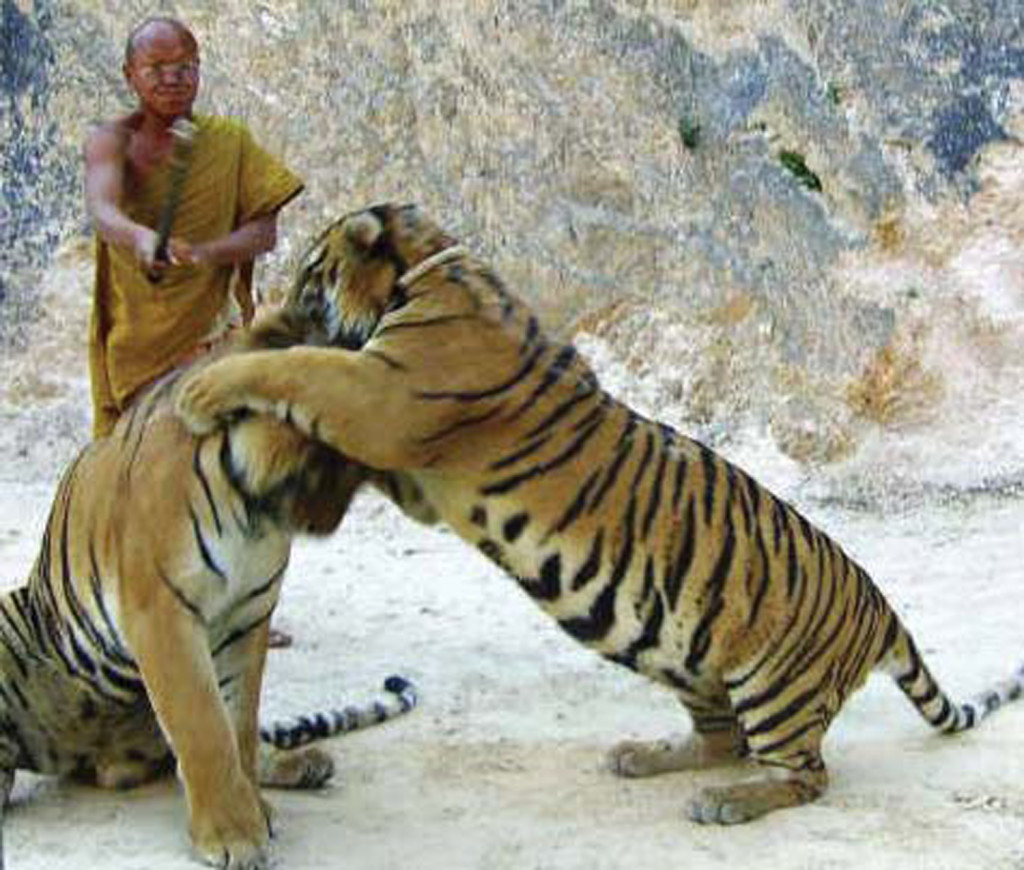 We are thankful that the evidence and video presented by Nat Geo is getting the truth out to a wider audience. In general we agree with the facts presented although many the facts seen have been presented in the past.

URGENT: Zoo animals need rehoming
URGENT! We just received word that 11 zoo animals in Koh Samui need rehoming immediately. Can you please help?
Two macaques successfully join Bandit’s crew
Your generosity gave these boys newfound happiness. Without you, our loyal supporters, we would not be here today for animals like northern pig-tailed macaques, Bou Bou and Boon Lott.
Meet Binturong, Yin
As binturong are shy and mostly active during the night, we just love these images of Yin gobbling down his evening dinner. Binturong, also known as bearcats, are listed as a vulnerable species.
- Copyright Wildlife Friends Foundation Thailand - All Rights Reserved
Back To Top