Is our work really needed?

We received some questions and remarks from some people why we think our wildlife rescue work is important. Some large international organisations like them feel that there is no need for wildlife rescue centers…

We at WFFT believe that without the exsistence of wildlife rescue centers there is no direct and practical support for wildlife law enforcement, that wildlife hurt in traffic or other encounters with humans deserve a chance to be treated and released back to the wild, and that wild animals that ended up in the illegal wildlfie trade or as pets deserve another chance in life, whether it be back in the wild or to spend the rest of their life in an environment as close to nature as possible in the company of their own kind.

Look at some examples of rescued animals, and judge yourself.

We will add more photos! 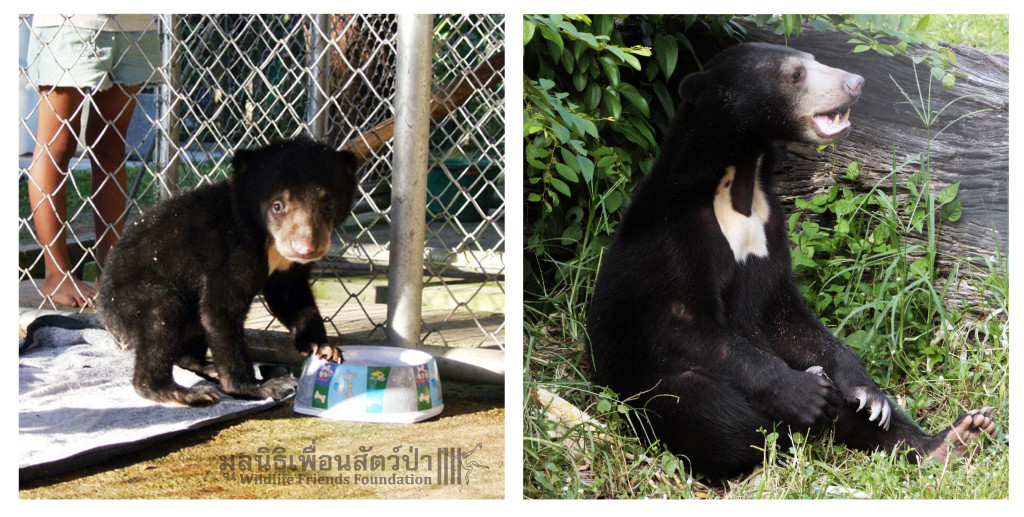 Balu on arrival and two years later living in a field enclosure with two other friends. An electrocuted loris on arrival being released after rehabilitation. 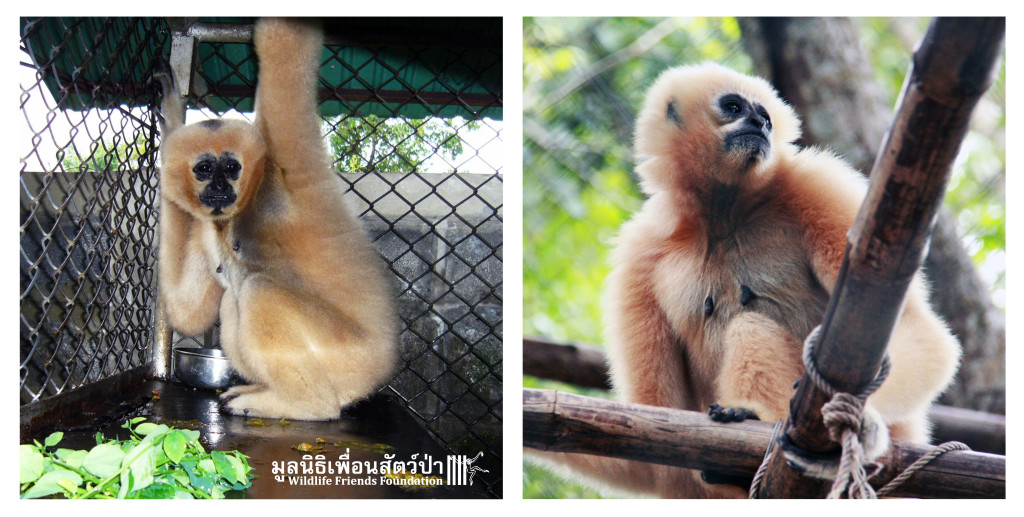 Bong in her cage in bangkok, and a year later in our gibbon forest. 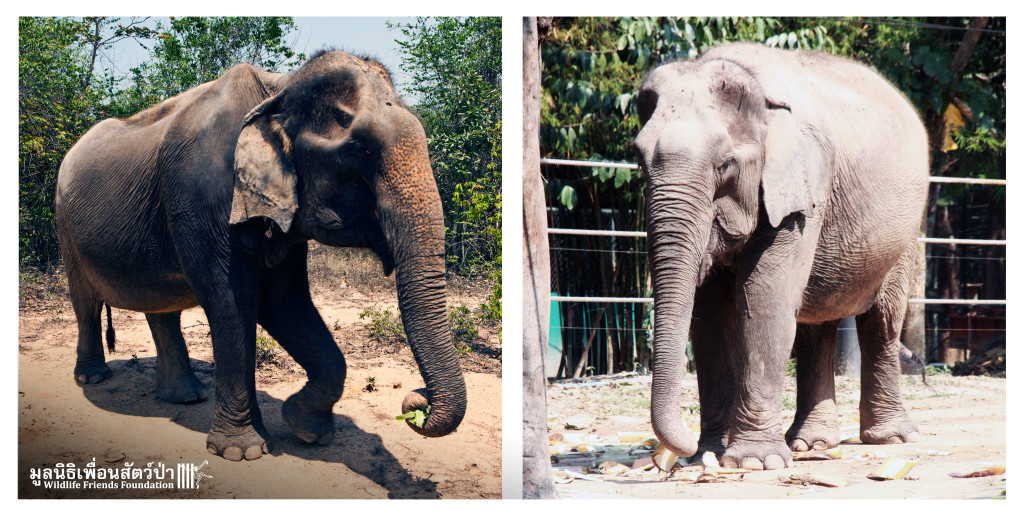 Boonmee on the day of arrival at the center and two years later. 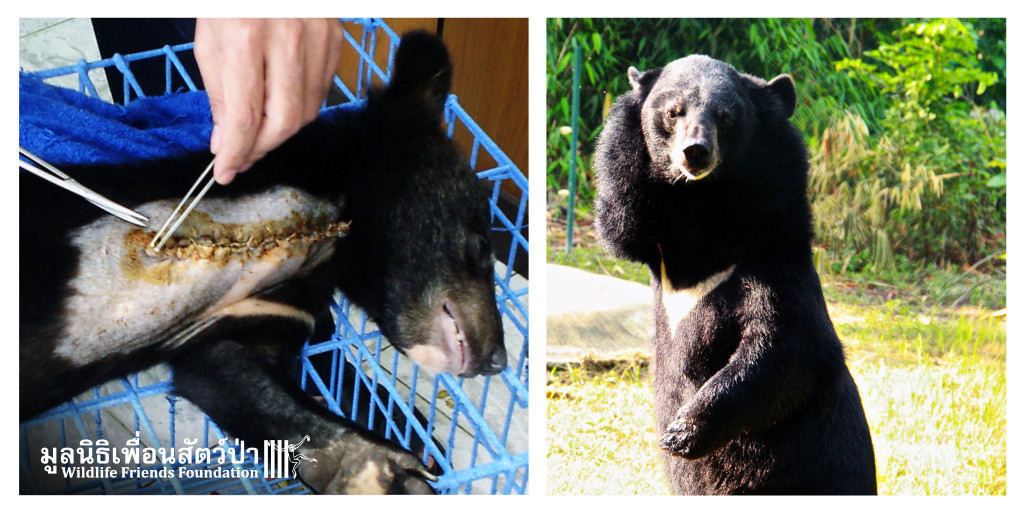 Bouner the Asiatic black bear on arrival and 5 years later at WFFT. Some of the rescued deer at an Ayuthaya temple and now living in a 12 hectare forest at WFFT. 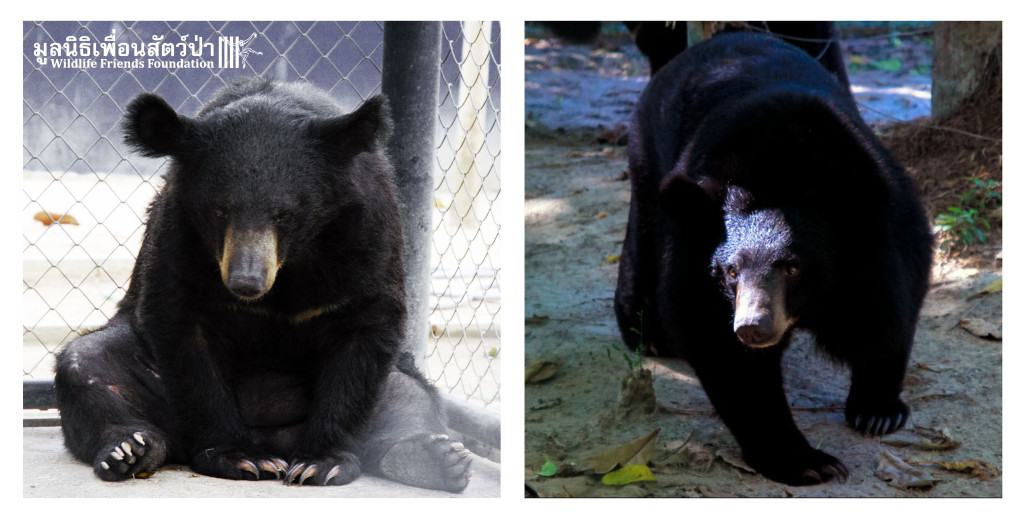 Joan the bear on arrival and on the right, her life right now. Joy the stumptailed macaque before in his cage with little light and now in his monkey forest with 12 other monkeys. 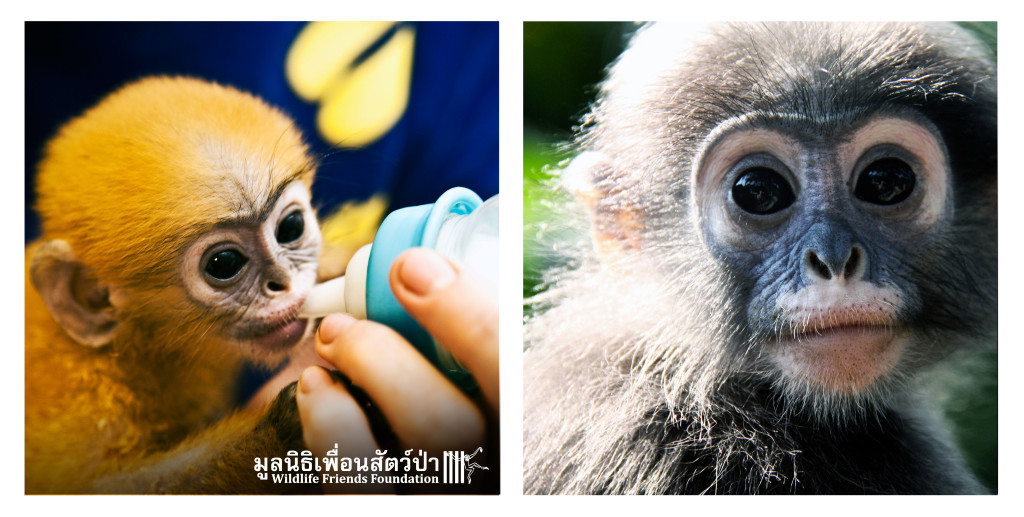 Lookwa, the dusky leaf monkey on arrival, and on the right her current looks! 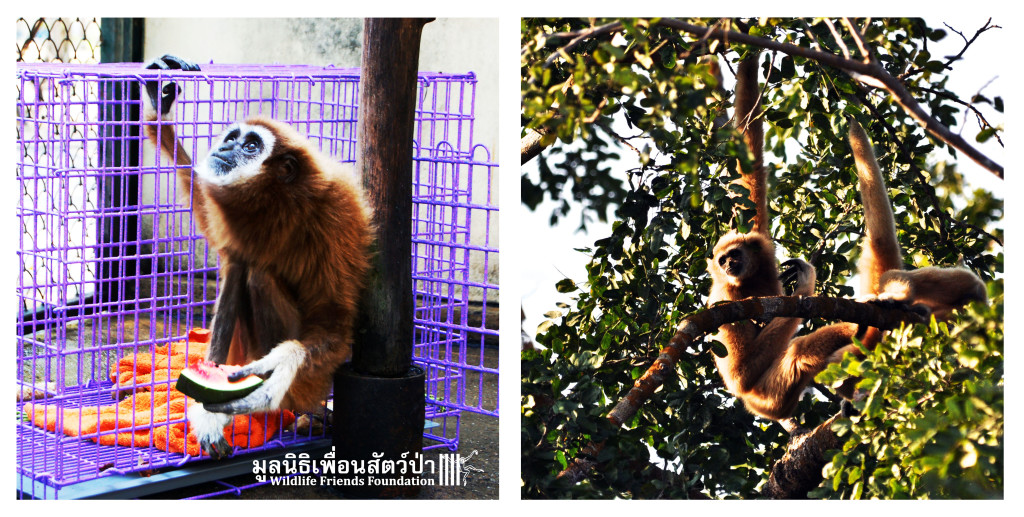 A gibbon in her original “dog cage” and her life right now….

December 2021 Highlights
Here are some of the key rescues, releases and work our team undertook in December to help wildlife in Thailand. Your kindness makes our work possible.
Pangolin released back to the wild
Pangolins are widely poached for their scales and meat, so every wild pangolin is incredibly important to the survival of the species.
November 2021 Highlights
New rescues, new homes and releases. This is what WFFT supporters like you made happen over recent weeks. Your kindness makes this possible.
Copyright Wildlife Friends Foundation Thailand - All Rights Reserved - | - GDPR Privacy Our Policies
Back To Top
This website uses cookies to improve your experience. We'll assume you're ok with this, but you can opt-out if you wish. Accept Reject Our Policies
Privacy & Cookies Policy