Stop the building of a dam in Mae Wong National Park

We are writing to ask you, please, to sign this petition to stop construction of an incredibly damaging dam in west-central Thailand that will eviscerate the Mae Wong National Park, home to tigers, elephants and other increasingly rare species. Tiger cubs were recently caught on camera at the heart of the park, rare evidence of a healthy, breeding population.

Please open this link and sign the petition
http://www.change.org/petitions/her-excellency-yingluck-shinawatra-prime-minister-of-thailand-stop-the-mae-wong-dam-from-destroying-prime-tiger-habitat?share_id=FXXdjqytlw 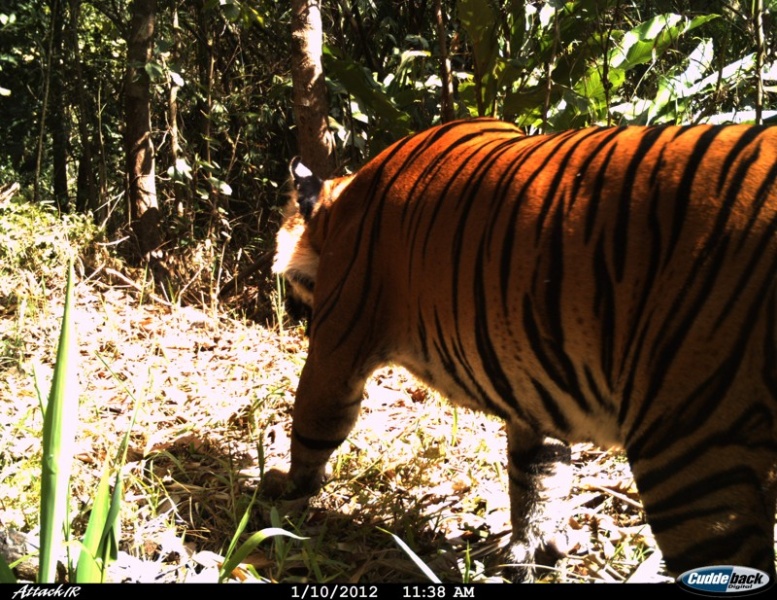 This park is especially important for these species because it encompasses tropical lowland deciduous forest and savannah grassland, both highly threatened habitats in Thailand, within an arc of protective hills. This lowland basin is laced by a network of creeks that feed into the Mae Wong stream that politicians and businessmen would like to dam to reduce the threat of flooding, ignoring the fact – pointed out be several authorities on the subject – that recent floods have been most severe in areas already covered by large dams but where watershed forests have diminished in part as a result of those dams.

Mae Wong NP is a real success story for Thai conservation. Declared a national park in 1987 after a logging concessionaire had felled the pick of its timber, it was in poor condition in 1990 (and largely devoid of large mammals) when I co-authored Thailand’s nomination to UNESCO with my late colleague Seub Nakhasathien for the adjacent wildlife sanctuaries of Thung Yui-Huai Kha Khaeng to become the country’s first natural world heritage site. In that nomination, we noted that as soon as the conservation status of Mae Wong improves, IUCN would be justified in proposing that it be incorporated into the world heritage site. In the meantime, we noted that Mae Wong was part of the world heritage site’s well-protected and well-managed northern buffer zone.

But now that Mae Wong’s ecosystem has recovered, within weeks of Thailand’s conservation community celebrating rare photos of a female tiger and two cubs, the government declared that it plans to build a dam that would damage the ecosystem once again. There are at least four good reasons to vote against this wretched dam:

1. The dam would eviscerate the national park, inundating the whole of its core area which constitutes most, if not all, the low-lying land in the park. Mae Wong NP is ringed by mountains, giving it a distinctive horse-shoe shape. The proposed dam would be built across the narrow end of the horse-shoe.

2. As always happens in Thailand when reservoirs extend into wild areas, whether they have protected status or not, this dam would facilitate encroachment and resource extraction inside the national park, subjecting Mae Wong’s breeding tigers and other valuable species to the depredations of hunters and poachers.

3. The dam would badly undermine the conservation integrity and connectivity of the world heritage site by destroying the critical role of Mae Wong as the northern buffer zone. It would act like an aggressive cancer that invades from outside, spreading its life-threatening impacts into the world heritage site.

4. This dam calls into question the Thai government’s commitment to conservation (including tiger conservation) and its willingness to recognize and respect the importance of world heritage sites and the global tiger initiative. If the government can so flagrantly disregard the impact of this dam on Mae Wong NP, it will also ignore the impact of other development proposals elsewhere in this and other world heritage sites. 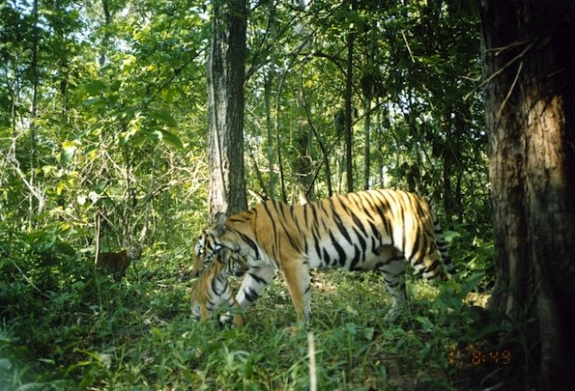 A female tiger with her cubs at Mae Wong

I am my fellow conservationists here in Thailand would be really grateful if you could sign this petition and share it with friends by email or Facebook or whichever way you like. If we’d all been around when the Dodo was threatened, would be have tried to save it? I think we would. Please help us make sure Thailand’s tigers and other rare species don’t go the way of the dodo because politicians are more interested in money and populist policies than they are in the long-term health of the environment.

I leave you with a quote from Voltaire that seems apt in the circumstances – even if he did not entertain the possibility that women may also have a role to play! “Every man is guilty of all the good he did not do”.

Send to us by a fellow conservationist in Thailand

We have just received bad news. A wild tiger that had attacked three people in…