“Brenda” is a female long-tailed macaque living on the “Khao Wang” mountain in Petchburi city. She was hit by a truck on one of the roads nearby the mountain nad was seen limbing around her area. People from Petchburi called the livestock department to ask for help and they asked us to assist with the capture and treatment of this poor macaque.

Here under some of the photos of the day of her rescue, she was very illusive and it took us a few hours to catch her as she knew her surroundings better than we did! Once Brenda was caught we found she had a multiple fracture and even had pellets from guns in her body (as seen on x-ray photo). She was taken to WFFT for further treatment and was found completely healed last week. 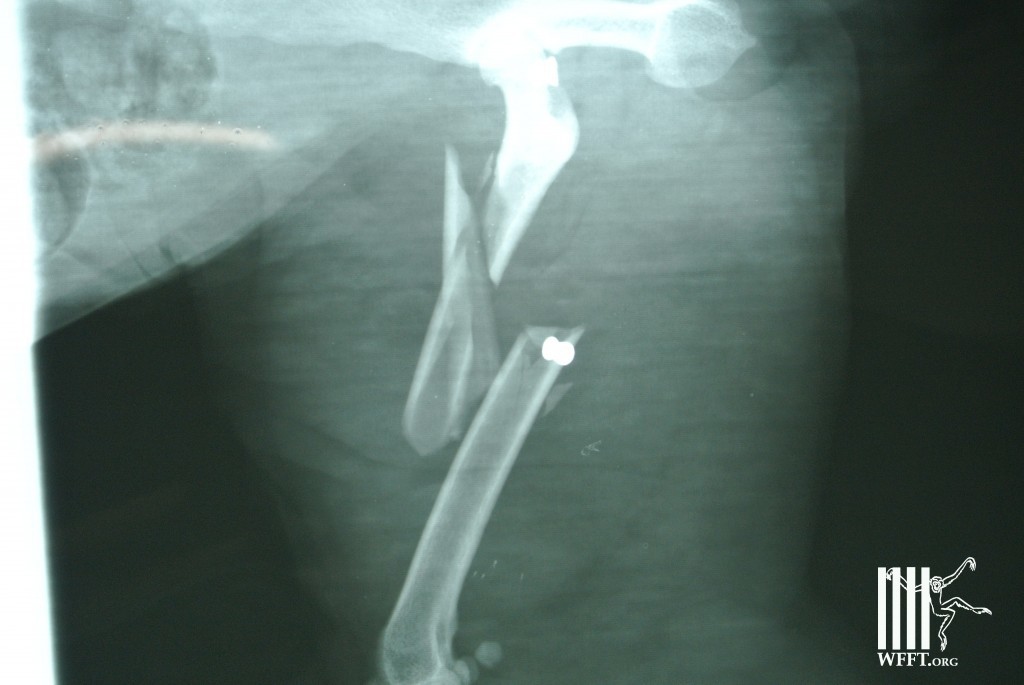 How do we rescue coconut picking monkeys at WFFT?