Two baby gibbons, one juvenile gibbon and a baby langur were dropped off at the rescue center on the 14th of July. This week in July was probably one of the busiest we have had in the last years with all together 16 animals coming in in one week, mostly primates, but also 4 bears.

The four young primates (3 gibbons and one langur) came from a temple in Prachuabkhirikhan province and were all in reasonable condition. The langur however was a bit sick with stomach trouble. 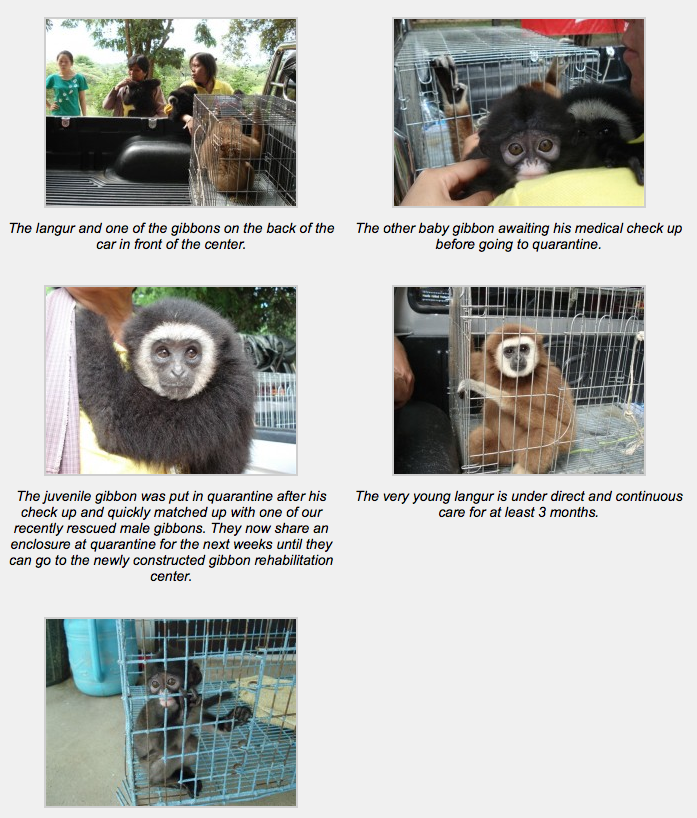 More updates soon on how the animals are doing at the WRC…..