Gibbons are the most fascinating higher primates that inhibit the jungles of South East Asia. Now their survival is getting tougher due to various reasons such as poaching, illegal trading for shows, the keeping as pets and habitat destruction. WFFT is a rescue center which is involved since long time for betterment of this species. 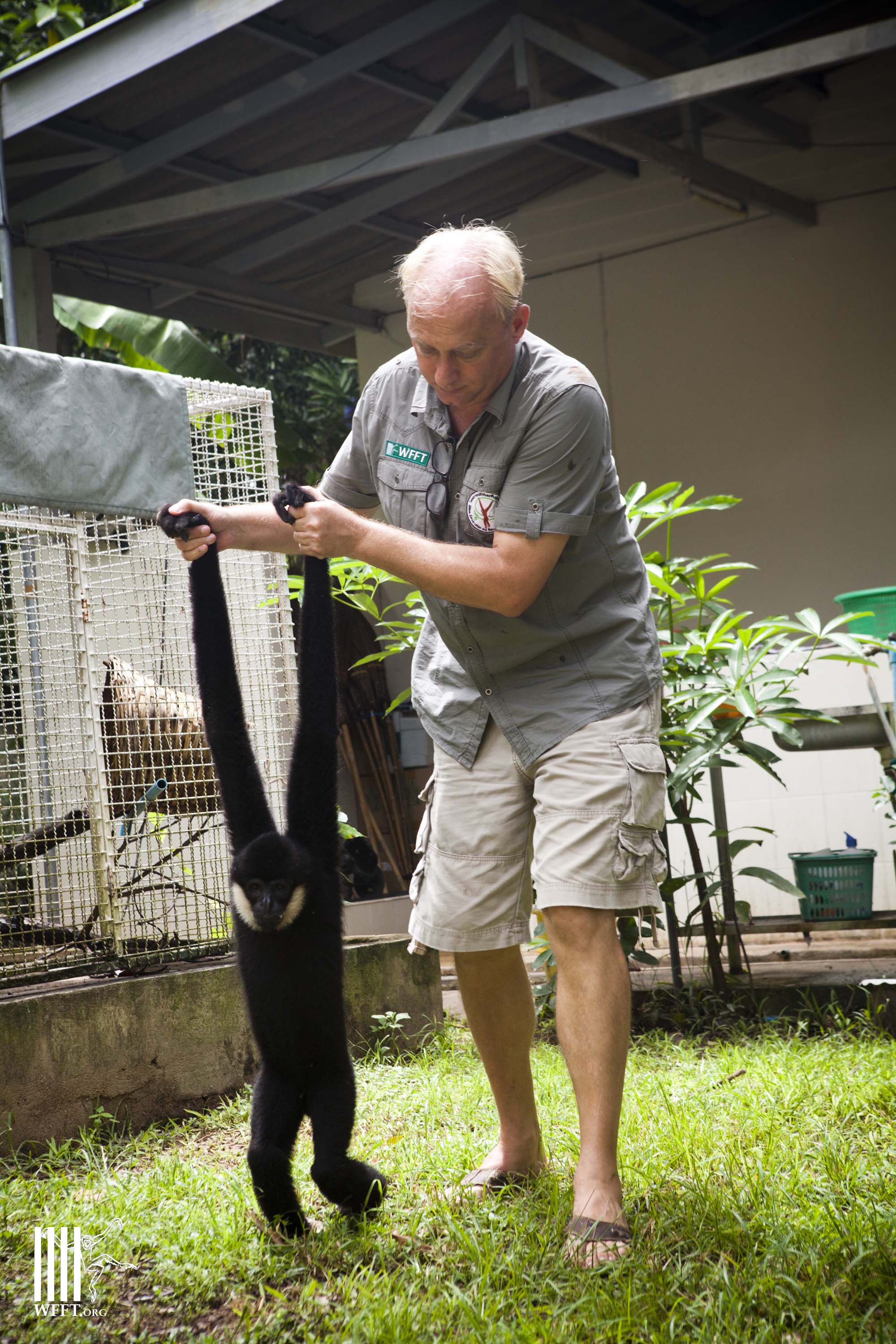 There are various gibbons undergoing treatment and care in the WFFT center. These gibbons were rescued under different miserable circumstances. Jackie, a 10 year old white Cheeked Gibbon, is one of them, who was brought to the center almost eight months ago. He had a permanent brain injury after an attack by his own father. He was weak and continuously undergoing seizures 3-4 times a day. Such cases are complicated and rare in wild animals. However today, after enormous effort put by our medical team, he is steadily and is in a much better state now.


The very good news is that Jackie survived at his best without any seizure for the entire month of March 2014. Jackie seems to enjoy the beginning of his recovered life today. Proper treatment and good enrichment seemed to have carried all the happiness back to his life. This is the story of Mr. Jack who likes to relish on boiled eggs and now also eligible enough to get a partner for him to lead and live a better life! 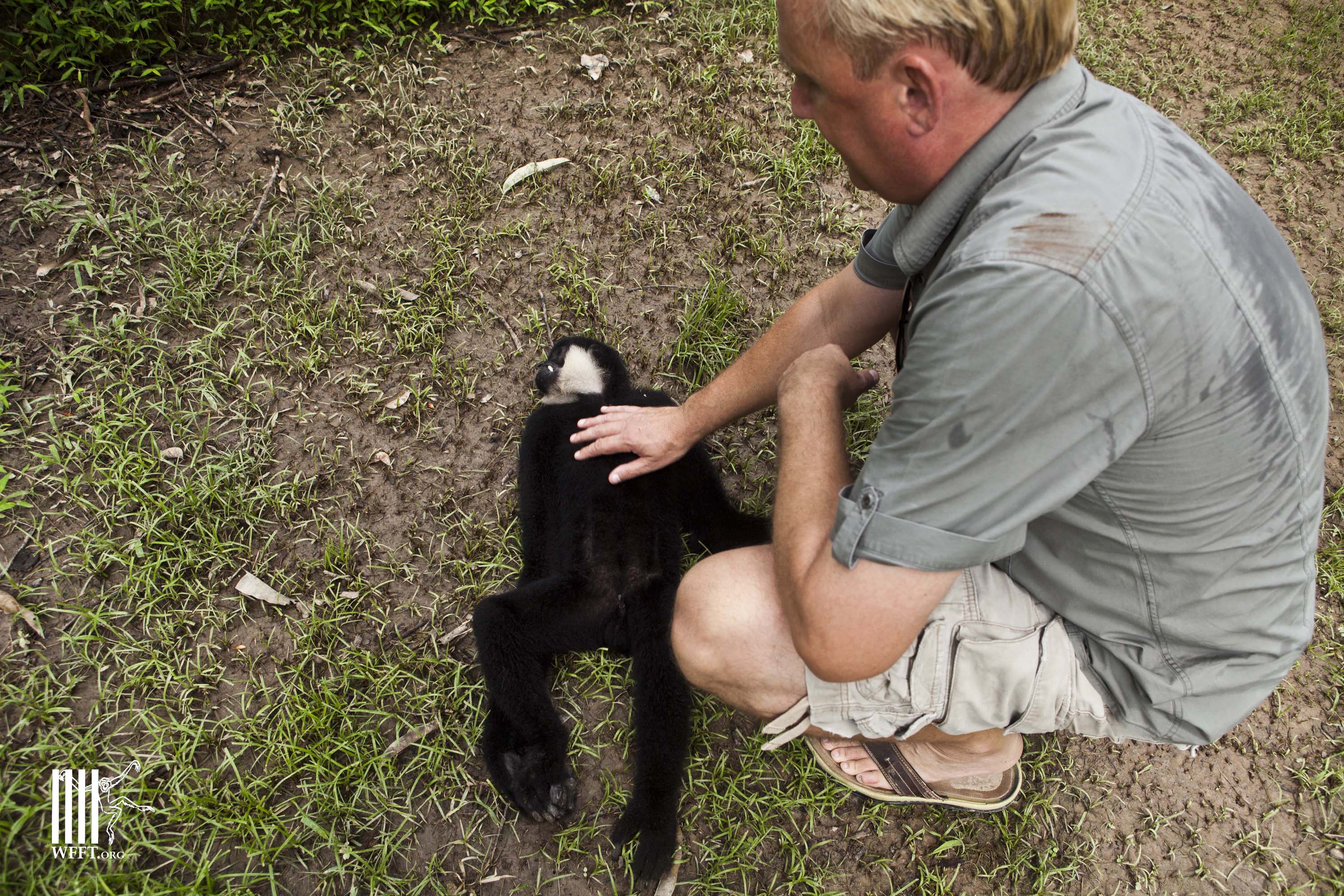 Edwin getting to know Jackie

Yesterday, a man appeared at front gate of the WFFT Wildlife Rescue Centre with a…

Saturday night the WFFT Wildlife Rescue Team headed to downtown Petchaburi to rescue a young male long-tailed macaque (Macaca fascicularis) that had been electrocuted and fallen to the ground.