Yesterday we received a call from a long term supporter of our work from the Fishing Cat Research and Conservation Project. She had had a report from a person who had rescued a Bengal slow loris (Nycticebus bengalensis) that had been recently trapped and poached from the forest and was destined to be sold into the pet trade. He had been kept in a very small cage behind someone’s house 2 weeks prior to his rescue.

The Bengal Slow Loris i

s listed as Vulnerable by the IUCN Red List of Threatened Species. This is due to loss of habitat and severe pressures from hunting, there is more than 30% reduction in population over three generations. The species is predicted to decline by more than 30% in the next three generations over its entire range due to continuing hunting pressures and loss of habitat. The major threats that this species’ habitat faces include farming, timber removal, human settlement, road building, dams, power lines, fragmentations, soil loss and erosion, and deliberately set fires. They are hunted and traded for food, traditional “medicine”, sport, and as pets.

This little loris was transported to WFFT and will stay here until the current dry season is over and he is deemed healthy enough to return to the wild. WFFT apposes the keeping of wildlife as pets sadly the keeping of slow lorises is becoming more and more common. We will continue to try and educate people on the problems facing this increasingly endangered prosimian primate and why it is never appropriate to keep them as pets. 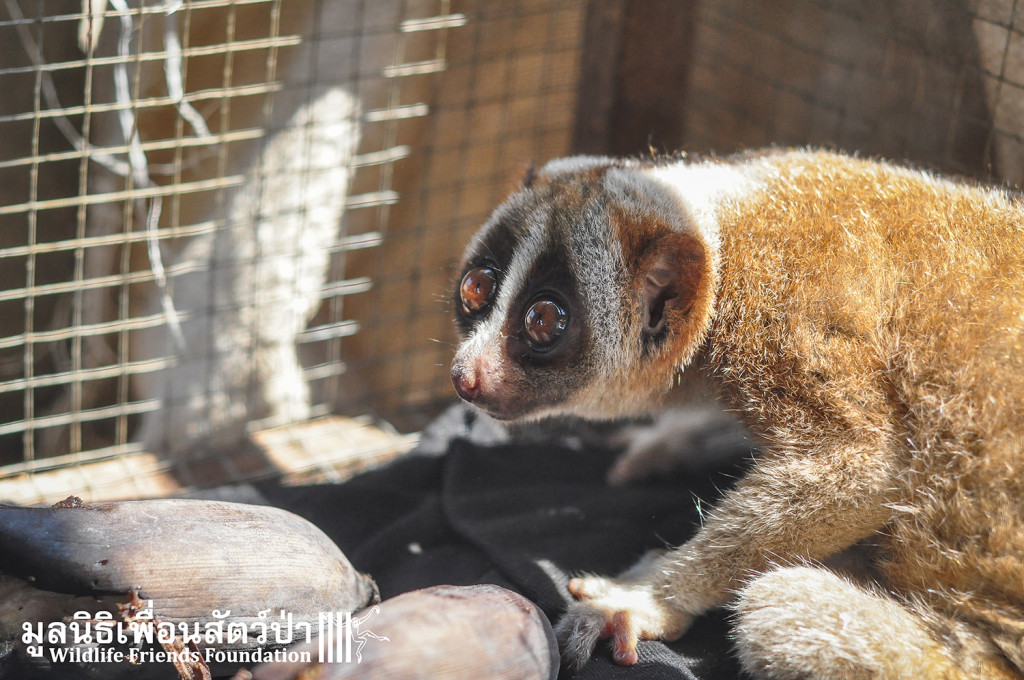 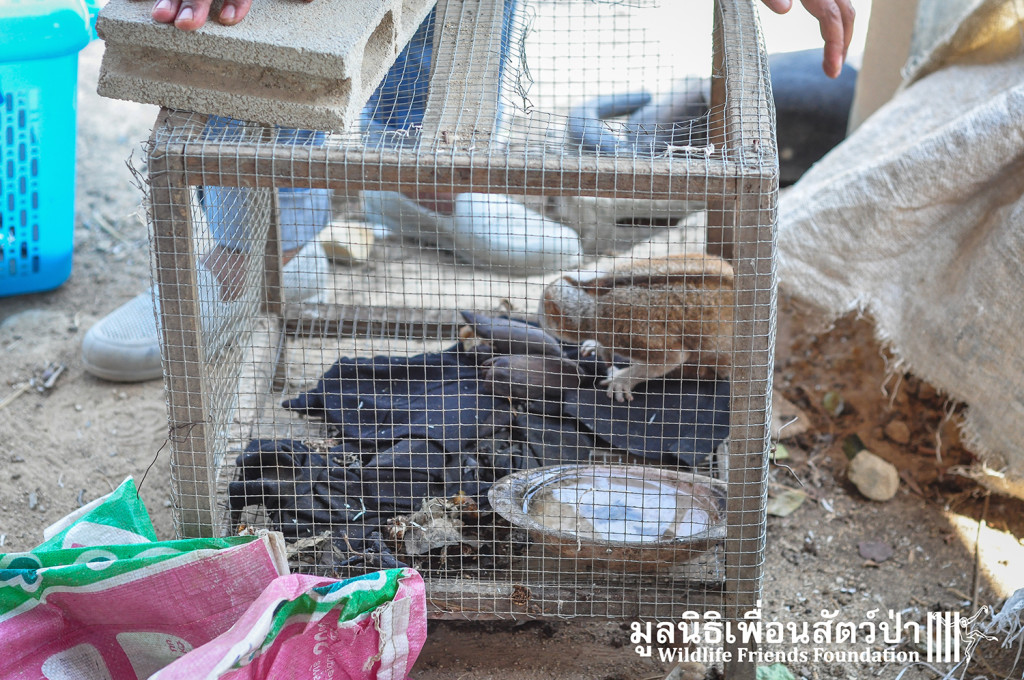 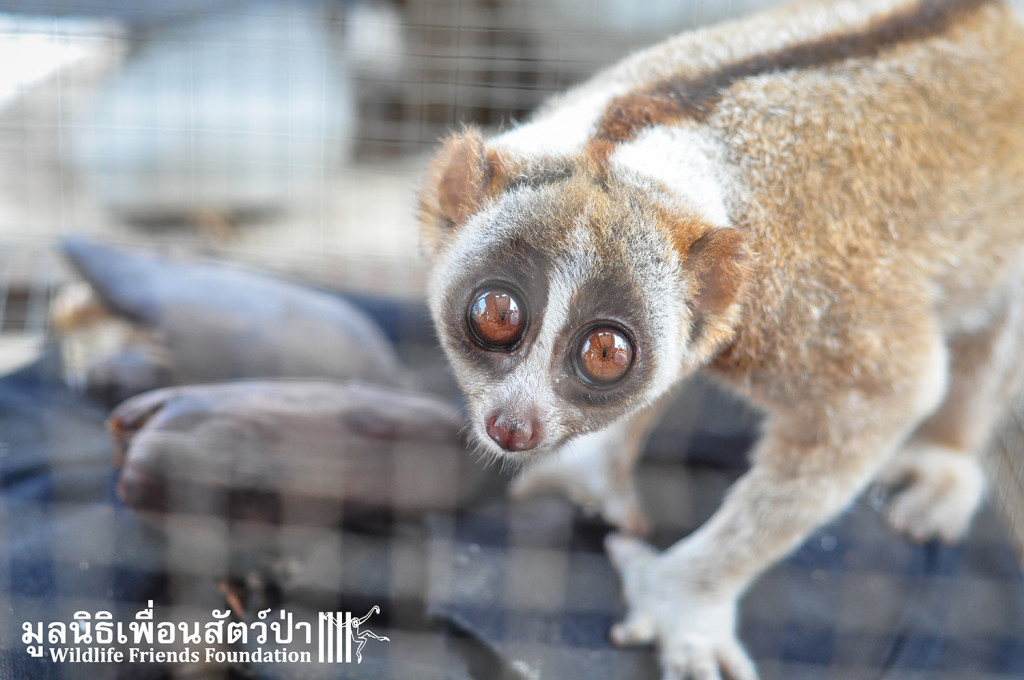 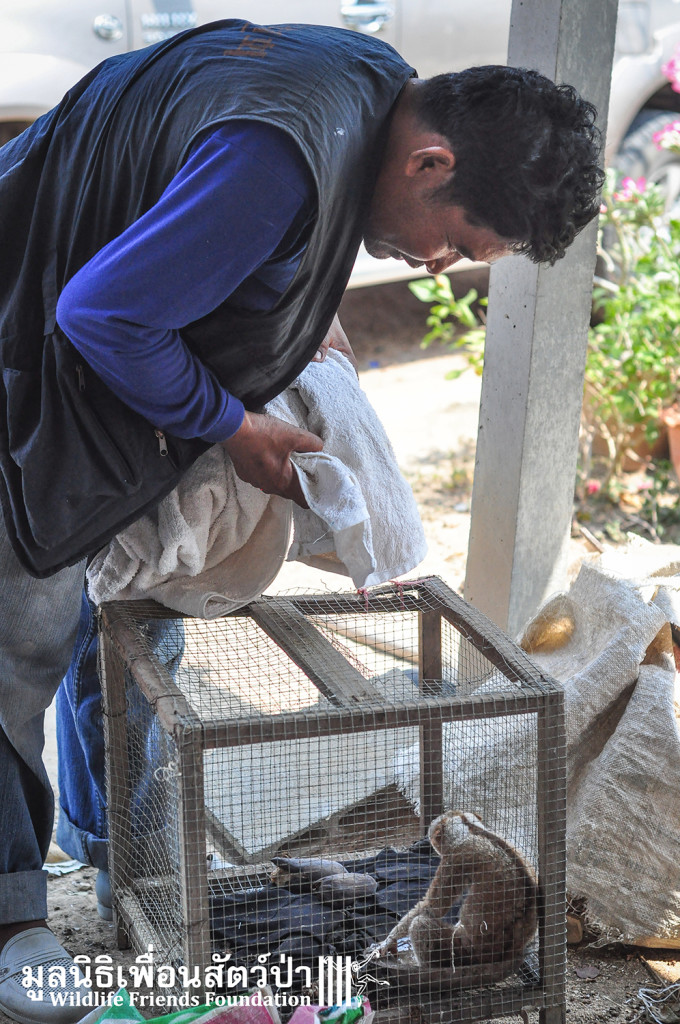 Life hangs in the balance for this electrocuted macaque
This young male was rescued after being electrocuted by overhead wires. Sadly, this is not an uncommon occurrence for long-tailed macaques who try to survive in urban areas.
Macaque with broken leg arrives at WFFT
In Thailand, it is not uncommon to see long-tailed macaques living in urban areas. Sadly, this means that human-wildlife conflict can happen and in Mickey’s case, he is was hit by a car and badly injured.
World Chimpanzee Day 2021 – Canoe’s tale
Join us today, on World Chimpanzee Day, in raising awareness of our closest living relative, and more specifically, celebrating our incredibly brave and beautiful rescued chimpanzee, Canoe.
- Copyright Wildlife Friends Foundation Thailand - All Rights Reserved
Back To Top