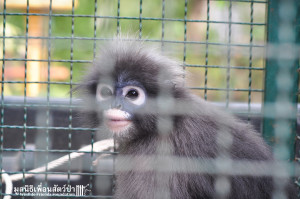 We recently received a call from a long term supporter of WFFT who had news of an adult leaf eating dusky langur (Trachypithecus obscurus) in need of rescue after being attacked by a troop of wild langurs. We were informed that the langur had been taken to a temple in the Chumphon region to be released into the wild by their owner and was believed to have been a pet previously due to how tame and friendly she was. The temple is in an area which is surrounded by substantial forest land with both rubber and palm trees resulting in it being densely populated by wildlife. The WFFT mobile rescue and veterinarian team went in pursuit to help the monkey and brought her back to our rescue centre. Upon arrival she was given a full health check and was found to have a few small wounds as consequence of her encounter of being placed back into the wild at a premature stage of her rehabilitation.

The poor langur would have witnessed her mother being killed in order for her to be poached and then sold illegally on the black market and kept as a pet. Upon realizing that a wild monkey is not a suitable and extremely difficult pet to look after, monkeys all too often end up being abandoned at temples meaning their fate is to remain there for the rest of their lives. For animals such as our latest rescue, being released directly into the wild after years of living in captivity and in solitary confinement is very dangerous as they have never had the opportunity to learn their wild ways or how to survive.

The Dusky Langur is sadly coming under constant threat due to habitat loss, pet trade and bushmeat and although the species is only listed as near threatened on the ICUN Red List, the decline is becoming more concerning and we strive to help protect the species.

The Langur is now in our quarantine area recovering well from her small wounds after we treated them and settling into life at WFFT. We hope in the coming months she can start enjoying her life in a large, naturalistic enclosure as she will remain in the care of WFFT. We hope to re-socialise her with others of her own species so she can start to learn the wild ways of being a Langur. 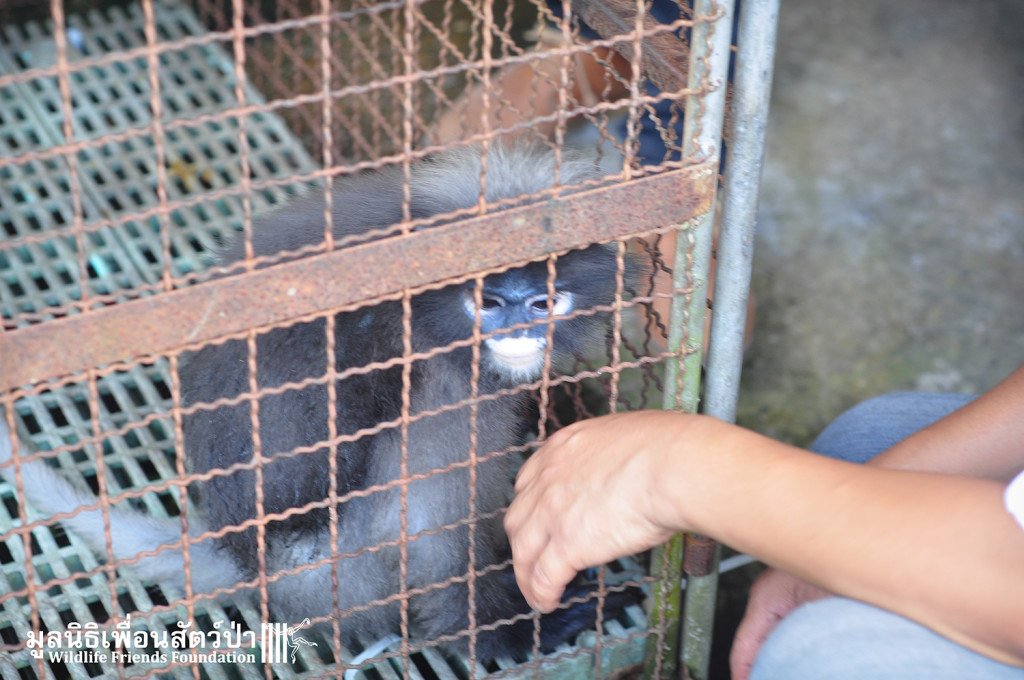 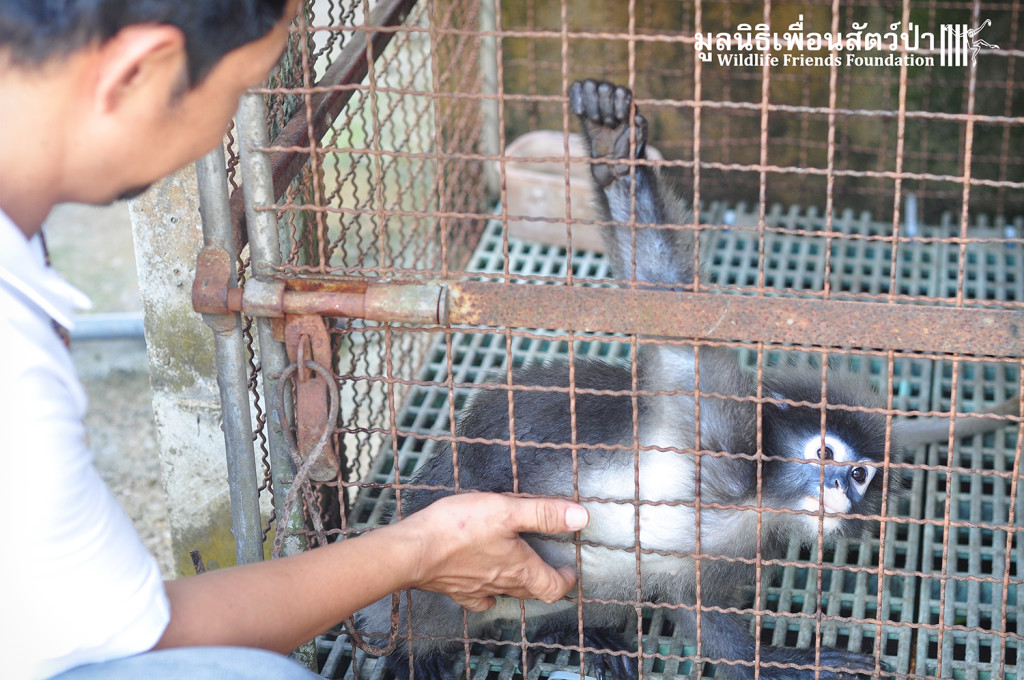 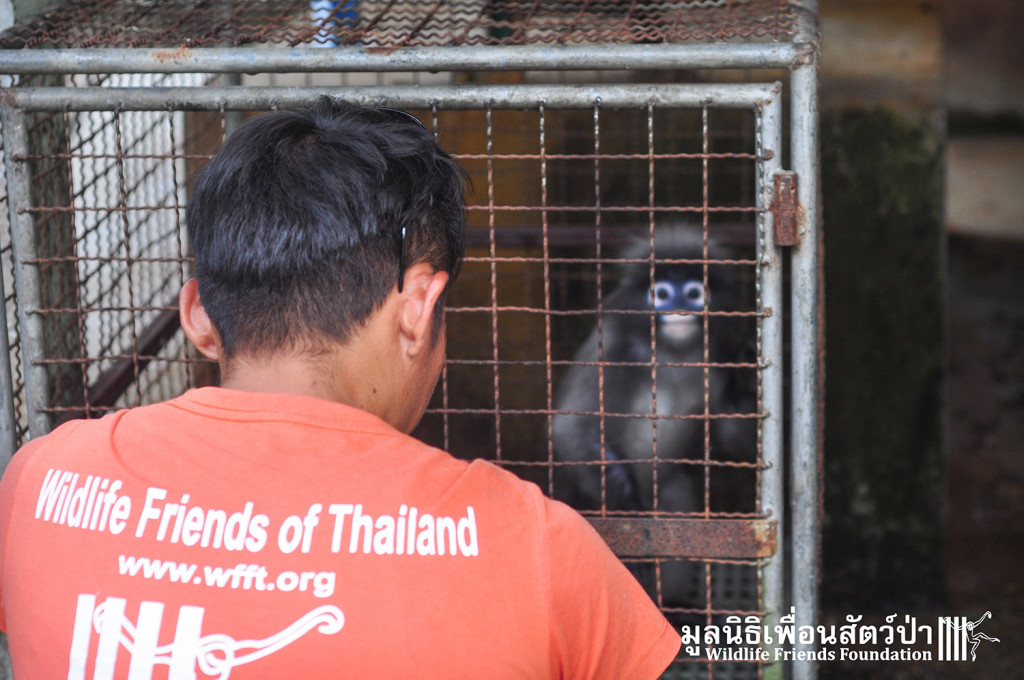 A Christmas Miracle for Me Boon

Kanoon, the orphan baby langur (see his story here: https://www.wfft.org/primates/primate-rescue-orphan-langur-kanoon/), is getting better and better…