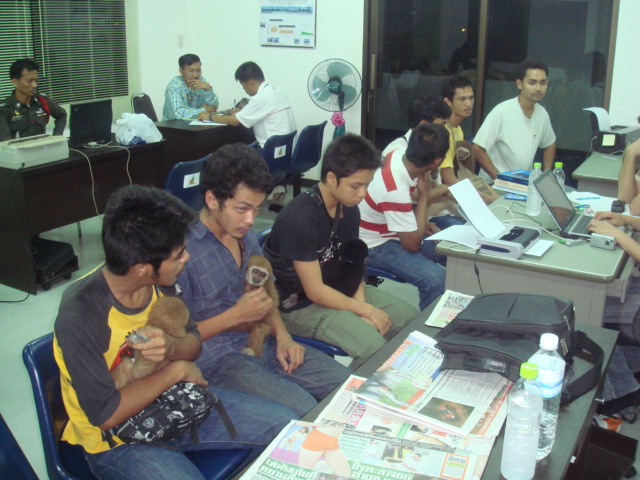 Thailand a country of natural beauty, a place that attracts over 19 million tourists each year, a place of tranquility, a place full of unspoilt beaches, spectacular national parks, a place filled with an array of wild and exotic animals. Even with all that it has to offer, Thailand seems to constantly be at the hub of one or another controversial issue. This time Thailand is at the centre of a very contentious issue, a global first, one might say. Finally after years of campaigning Thailand may finally have an animal welfare law, a law that will prevent cruelty towards animals. ‘GREAT!’ you may say, but is it really great? It could be, apart from one tiny detail, this law will not protect all animals!
Although this law has been long-overdue, the parliamentary sub-committee drafting the bill took the contentious decision to exclude all wildlife animals from the new animal welfare law. What does this mean to Thailand’s wildlife animals? Well it means that the cruelty towards and exploitation of these wild animals will continue, some of the worlds most rare and endangered animals will continue to be poached, tortured and exploited, many to the point of total extinction.

In April 2012 the Animal Activist Alliance of Thailand (AAA), along with approximately 30 other animal protection groups protested in front of parliament, the result of which was the creation of a parliamentary sub-committee who were tasked with drafting a bill outlawing the torture and abuse of animals, the new animal welfare law. The initial plan was to have representatives from a wide selection of animal activist groups, as well as members from several animal welfare and wildlife conservation NGO’s, and adding to this, there would also be legal experts and of course politicians from the various governmental political parties.

Unfortunately, after the initial talks, it became apparent that many of the animal welfare and wildlife conservation NGO’s were not “welcome” during these talks, and the committee of 30 was quickly filled up with politicians and lawyers, leaving approximately a dozen seats to the very important animal welfare and wildlife conservation NGO’s. Now whilst the number of seats available was not very high, it still would have been a sufficient number to be able to get a reasonable and equal representation amongst the various animal welfare groups. The case was very different, unfortunately 10 of the 12-13 seats were taken up by just one NGO, meaning that there wasn’t the equal representation needed for a law of this kind to be created, and many animal groups were totally excluded from this law. The Elephant, the national symbol of Thailand, being one of the many animals to not be given fair representation or have a voice as well as all other wildlife.
While it is of course great to finally have a law against the torture of animals, it is at the same time a first in the world to exclude all wild animals from such a law. So why did it get to this? Most animal issues within Thailand are covered and monitored by the Livestock Department, such as pets, animal farms and veterinary issues. On the other side the keeping, registration and eventually rescue of wildlife falls under the jurisdiction of the Department of National Parks (DNP). The enforcement of an animal welfare law therefore would mean an extra job for the DNP. It would mean they (DNP) would not only have to monitor the legal status of all wild animals, but at the same time have major responsibility for the welfare of all these animals. In short they would have to ensure that all zoos, wildlife traders and private citizens kept and maintained their wild animals at a reasonable welfare standard. Enforcement would be hard at the beginning but not an impossible job if it were to be enforced gradually. 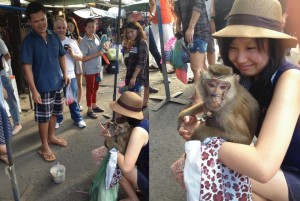 We’re not sure as to his reasons for excluding all wildlife from this very important law. Could it be that the facilities of the wildlife conservation bureau’s 14 wildlife breeding centre’s nationwide are inadequate? These substandard facilities, where thousands of animals are caged and kept in sometimes appalling conditions. We are sure we and many others are willing to help out with any upgrade! Could it be that the zoo and wildlife ‘entertainment’ community in Thailand holds a lot of political and financial power? There have been numerous cases of illegally obtained and kept animals being found in these zoo’s and wildlife camps and yet not one charge has been levied against these offenders! Make your own deductions from this, maybe money does speak louder than justice?

Even though there was strong opposition against this ludicrous exclusion from the animal welfare law from Roger Lohanan, Thai Animal Guardians Association and Ke Cholada, Facebook Animal Lovers. For reasons only known to them the two largest NGO’s on this board took the surprising decision to side with the Department of National Parks, who were/are strongly against protecting wildlife and are adamant in their decision to deny the right of protection to so many of Thailand’s endangered animals.
Almost all over the world wildlife conservation and protection laws are written and rigorously enforced to ensure the protection and conservation of the world’s endangered animals from illegal poaching, possession, trade and/or consumption, but not all of these laws offer protection to those wildlife animals that are already in zoos, amusement parks, or are privately owned and these poor animals can be subject to brutal exploitation. Surely all animals need to be included in the animal welfare laws to ensure equal and fair protection to all living beings?

(WFFT currently is working with other Thai wildlife conservation NGO’s to come out with a joint request to the parliamentary committee to include wildlife in animal welfare laws.)

The pangolin is the only mammal species that has protective scales covering its body.

Wildlife Hospital at WFFT getting ready

Finally we can now check up, treat and operate on wild animals in a very…