Driver claims he was paid 170 dollars to transport animals only

Two man of 26 and 27 years of age were stopped by the Highway Police Department in None Soong District of Udorn Thani Province as they behaved suspicious. The man were driving a white Isuzu MU-7, a luxury utility vehicle, that was packed with over 500 kilos (100 individuals) of live pangolins.

Both man stated to police they were paid 7,000 baht for transporting the protected and endangered aniamls from Songhkla province on the Thailand-Malaysia border to the Thai-Laos border at Nongkhai (opposite the Laos capital of Vientiane). They said they did not know who owned the animals. (WFFT note: they should start having better excuses or stories).

The animals have been hended over the the Department of National Parks (DNP) and will be taken to a wildlife breeding center of the DNP nearby. Pangolins are extremely hard to care for in captivity and most die within days at the breeding centers.

Pangolins are in high demand in China for consumption by rich and mostly corrupt government officials and businessmen. Their bones and scales are used to produce Traditional Chinese Medicines, even-though it has never been proven it works. 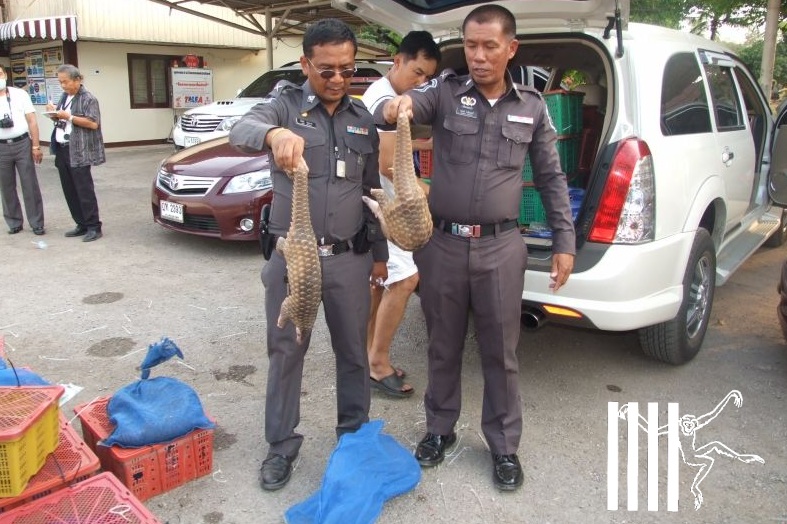 Oscar the Otter Arrives at WFFT