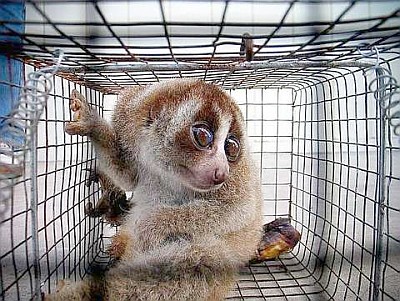 Dear Sir(s), Madam, On behalf of the Wildlife Friends Foundation Thailand (WFFT) I would like to express my deepest concern about a few points of the work of Asean-WEN

Too many times lucky catches of illegally trafficked wildlife are being put on the record of Asean-WEN (Wildlife Enforcement Network)while they were actually caught at routine checkpoints at the airports and highways of Thailand. In monthly press releases too often they are being presented as the results of investigation and detective work.

I wonder why it is difficult to actually go after wildlife traffickers and poachers when it happens right outside your head office in Bangkok? Wildlife is openly sold at the Chatuchak weekend market every weekend!

A second point is that when actually some investigation is done by others than Asean-WEN into the illegal wildlife trade nothing is done about it at all. I refer here to just one case, where we found in early 2009 a dozen baby orang-utans in a zoo on Phuket. We collected video images, photos and even interviewed staff and keepers at the zoo and found out that all these orang-utans were illegally imported from Borneo, where their mothers were killed to have these babies end up in a sub-standard zoo without a permit.

After sending an official complaint to the Department of National Parks and Wildlife as well as the Asean-WEN head office, nothing was done for months. Then after our continuous pressure these orang-utans were one day found at the government’s Kaoprathapchang breeding centre, where they were taken in as “a donation” and not as confiscated wildlife.

The story we then received was that the orang-utans were not presented at the zoo after a raid by park officials but found a few weeks later along the highway of Phuket to Phang Nga province. As the animals “were found there in cages” without any person present they were taken in without charging anyone at all. The fact that the pictures taken at the zoo and the animals found at the roadside were actually the same animals was not considered enough to make a case against the Zoo in Phuket.

The zoo is now still running their business, no legal case was ever started against them and the 12 orang-utans are still in small enclosures at the Kaoprathapchang wildlife breeding centre of the DNP awaiting their fate, to be send back to Indonesia or to be moved to a proper facility within Thailand.

Is this the way we deal with illegal wildlife traffickers? When we have all the evidence, the confiscated orang-utan babies and the pictures where they were first found we still have no case against the zoo and their wealthy owners?

There are many wildlife conservation organisations all over the Aseanregion that have valuable data on poaching and illegal wildlife trafficking that would be happy to join the fight for the benefit of wildlife protection and conservation. However only two NGO’s are allowed to attend Asean-WEN meetings, we would like to ask you why?

For now we would like to ask you to urgently start some investigation work on Chatuchak weekend market. If a Dubai man can go there and buy leopard cubs, a bear cub and some primates to take on a flight home, and an Iranian easily finds over 50 snakes to put in bags with plans to carry them to Teheran it should not be so difficult for some local people to find their way there as well, I for one am ready to help.

The Bloody Ivory of Thailand

(WFFT forwards a message from AAA Thailand) Sadly, Thailand is one of the highest ranked…