Protected species – Over 1.1 million wild animals held in captivity – Officials shocked by volume as amnesty ends
Written by The Nation 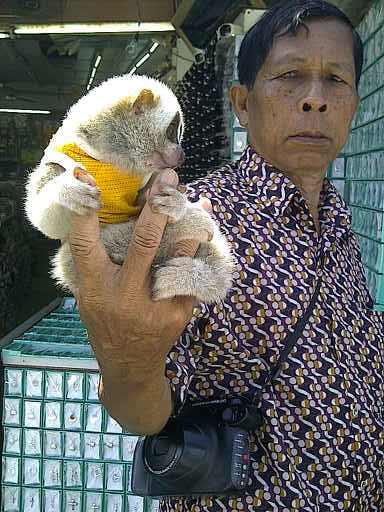 BANGKOK – The 120 day amnesty for wildanimal owners that ended on September 9 has seen an astounding 1.1 million-plus protected animals being reported as being under human care.

Half a million of these animals are birds, with the South recording the highest number of wildbird registrations for the amnesty.

The high number raised eyebrows in both wildlife groups and the Natural Resources and Environment Ministry.

“I am shocked. I find it an unbelievable figure” said Robert Mather of the World Wildlife Fund yesterday. He said he believed that such a large number of protected animals were either illegally caught from local forests or smuggled in from foreign countries.

“I would like to know about the authorities, plan following the amnesty” Mather said, adding that large wild animals like bears and tigers could be dangerous.

For example, he said the traffickers could declare ownership of snakes, obtain the ownership documents, sell the reptiles, and then catch some more from the wild to replace those sold.

“It will be difficult to detect if the traffickers use the ownership documents for new animals” he said.

Suraphol pointed out that some traffickers might inflate the number of animals they own, making it more convenient to trade as they would have plenty of ownership documents.

He also called on the authorities to investigate how the owners of wild birds obtained them.

“It’s a worrying issue. We must be aware that many wildbird species have become extinct because men put them in cages and that is against their nature” he said, adding that redwhiskered bulbuls were a rare sight in the forests in the South as increasing numbers were being kept in cages.

Theerapat Prayurasiddhi, a senior staff member working for Natural Resources and Environment Minister Prapat Panyachatraksa, said the ministry also found the number of registered wild animals for the amnesty unusually high and that a probe had been ordered.

He said the cause must have been either a counting error by authorities or people inflated the number of wild animals they owned.

“We have been conducting checks” he said.

The ministry announced the amnesty in order to get an accurate picture of the number of wild animals being held illegally in captivity, and so tackle the problem ‚Äì as well as promote the commercial breeding of wildlife such as crocodiles.

Those declaring ownership of wild animals will be allowed to keep them if they can prove they can raise the animals in good condition.

Dusit Kamolpanich ‚ an official at the Department of National Parks, Wildlife and Plants ‚ said all 127,478 people declaring ownership of wild animals would be subject to checks.

Total number of wild animals registered during the amnesty period – 1,122,128

Are Komodo Dragons Smuggled in to Thailand?