It has been a month since the tigers of the infamous Tiger Temple were moved out to facilities of the Thai government, and we have now finally seen the tigers in their current location. We are currently in discussion with authorities on how we can help to improve the lives of these tigers. We aim to build large open field enclosures for the tigers to provide them with a much needed increase in living space, giving them the freedom of movement and exercise. I currently feel that there is little chance that the management and the abbot of the Tiger Temple will ever be charged in court let alone convicted for the atrocities they have committed, there is a very big chance that only a few scapegoats might have to face the music. Throughout this time, we have continued our investigation into the illegal and legal trade in tigers in Thailand and its neighboring countries, with visits to Laos PDR, meetings with government officials and illegal wildlife traders that are known to be involved in the trade of tigers and their body parts. During talks over the last few weeks most previous statements of persons involved in the trade, and my own suspicions have been confirmed. The trade is widespread, supported by influential people in both the private and governmental sectors. A big problem is that so many people feel that “as the trade originates from legal tiger zoos (read farms) it is not a real problem, just like farming pigs or cows for food”. 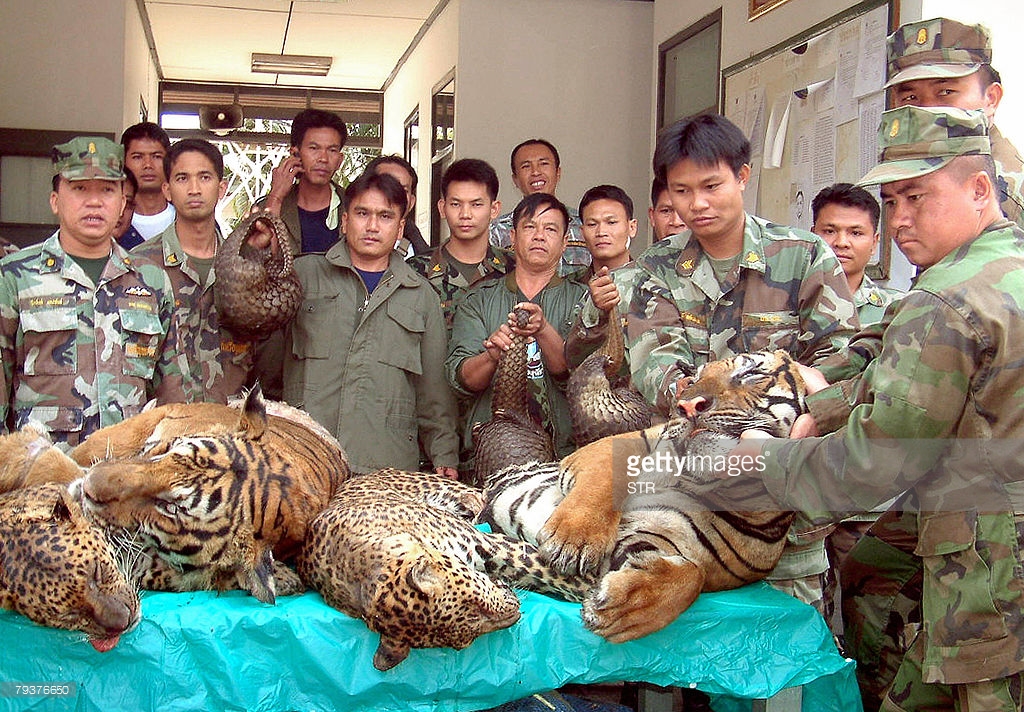 I have seen a lot of serious animal abuse in the years since I founded WFFT, but the talks with one tiger trader who was accompanied by a man that works in one of the 30+ tiger zoos and farms in Thailand particularly shocked me. When I asked them how and where the traded tigers were killed before being transported they bluntly told me that they were drowned in cages, something they call “sua damnam” (เสือดำน้ำ) or diving tigers; the tigers are placed in small metal moving cages and then completely submerged into small water tanks drowning them slowly. This method, according to them, is quiet and cheap, no gunfire will be heard and no bullet can be found in the body of the tigers afterwards, which could be used as forensic evidence in any legal case. The earlier used electrocution left burn marks not only on the external skin and fur of the tigers but also on the internal muscles and organs, which decreases the value of the tiger. Some “suppliers” are drowning the tigers themselves and remove the organs that have no value before handing over to partly processed tiger to traders, while some deliver live tigers to slaughterhouses elsewhere so they can be processed by ‘professionals’. The trade in tigers would be more efficient if the suppliers and dealers completely processed the tiger bodies in Thailand, but the Chinese and Vietnamese buyers do not trust their Thai and Laotian suppliers enough to have the tigers completely processed into bone powder etc., so they will only accept the tigers in one piece or cut in half.
Another huge problem is that Thailand has a lot of tigers registered by private owners, from 1992 and some from 2003 when Thailand twice issued a pardon on the ownership of protected wildlife.
One of major findings from the 2003 amnesty is that there were over 127,000 people that registered in excess of 1.1 million live specimens of protected wildlife in their possession, of which 185 were tigers! That is on top on an even higher number from the pardon back in 1992. These tigers have been in the possession of these people, whom of which in most cases possess no zoo permit (due to a loophole in the law) and have been breeding tigers without much regulation or control, as they can register births of new tigers quite easily. This has resulted in a “grey area” within the trade, where people fortunate enough are purchasing and re-selling these “registered” tigers at highly inflated prices of up to 650,000 Baht each. I strongly believe after many discussions with traders that some people in this group are amongst those involved in supplying tigers to be sold on the illegal cross border wildlife trade.
At the same time the zoos and farms that sell live tigers are trying to stop others from breeding from the purchased animals to prevent further competition, resulting in reduced prices – the more tigers are farmed the cheaper the specimen. Most of the tiger owners are selling only brothers and sisters to their customers, to make it more difficult for the buyers to set up their own breeding facilities. Some newer tiger farms in the special economic zones in Laos PDR, tried to set up their own breeding stock, but failed with high rates of still-born cubs and high infant mortality rate. The tigers that reached adulthood were in general weaker, they had bone deficiencies and eye problems.
The suggestion by myself a few months ago to conduct a full DNA profiles on all tigers in captivity in Thailand is still in my opinion the most important law enforcement tool, as it will stop the illegal laundering or trading of tigers into the future. Once this database is completed we will be able to link confiscated live tigers and carcasses to the zoos and farms involved, and even see the links between the new tiger farms in Laos PDR, Vietnam and China, and the involvement of Thailand in the increase in illegal tiger farms in Asia.
I still feel very strongly against the proposed plans of legalizations of the trade in tigers and tiger parts from commercial farms and zoos. Law enforcement is greatly lacking in Indochina and China, with corruption thriving, so monitoring such a “legal trade” will be impossible. Over the last 10 years we have seen plenty of examples where wild caught tigers were mixed up with tigers from farms by the illegal wildlife traders and zoos. If we are to be serious in acting to protect the last remaining wild tiger populations, we need to halt the trade completely and at the same time focus on providing the best protection possible to those areas where populations of tigers remain in the wild.
Blog by
WFFT Founder Edwin Wiek

A tiger, a pet, a victim of commercial tiger breeding It is with great sadness…

Recent attacks on NGO’s in Thailand

Over the last few days several NGO’s have been raided, some might say attacked, by…

We don’t want to live in a world without #BigCats! This #WorldWildlifeDay, let’s all commit to protecting big cats.