A lucky moment for an unlucky loris

A small wild baby loris was found in the WFFT forest, on the ground, without its mother. After checking the area two mature lorises, one male and one female, were found in a tree very close to to the spot the baby was found.

Luckily for the baby loris it was found only moments after it was dropped or fell, so first aid could be given and it could be fed. Attempts to return the baby to its parents have failed for now, we will keep on trying and will continue to feed and care for it to the best of our ability as usual. Once the loris is grown mature it will be released in our own forest where dozens of lorises are found living free, in the wild. 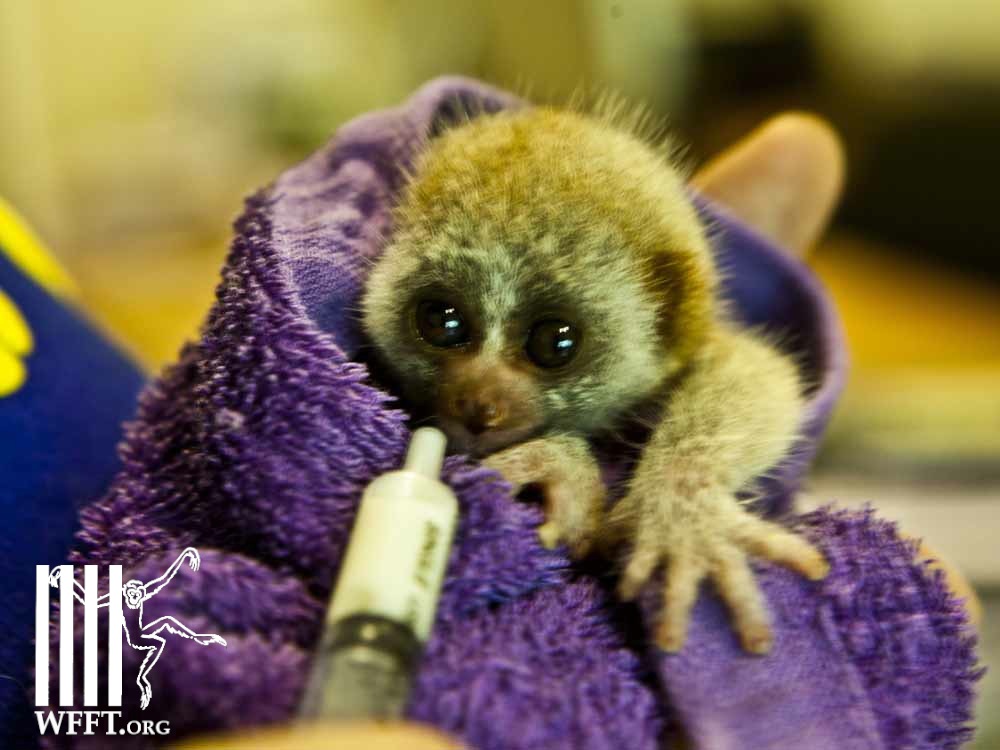 The baby loris being fed at WFFT hospital