A sad sight at Kaengkrachan again

Three wild elephants were found dead on grassland bordering Kaengkrachan National Park’s Pala-U area. The three elephants were found lying down next to each other in the early morning of Wednesday the 15th of July, next to a small man made lake. A local man who is care-taker of the land that belongs to a Buddhist society and grows grass for cattle claimed he found the three dead elephants in the morning and alerted authorities.

When forensic police and officials of the Department of National Parks checked the elephants for bullets, wounds and burns, they concluded that the elephants were probably poisoned and ordered a thorough autopsy to take place on a site inside the forest. The authorities are currently caring for another young female wild elephant 5 kilometers from this spot, that was indeed poisoned and had severe burns in her mouth and was not able to eat after she collapsed 3 weeks ago.

Pala-U area is in the Southern part of Kaengkrachan National Park and is the site of a long-term human-elephant conflict where over the last 15 years several wild elephants have been poisoned, electrocuted and shot dead. In some areas of the park the elephants have become aggressive and attack by-passers on the roads, sometimes lethal. Currently estimates by the DNP and WCS state that there are about 150 wild elephants living in this area. Encroachment and habitat loss are main reason for the conflict.

In the late afternoon of Wednesday the three elephants were loaded up to two trucks and taken to the Pala-U forest ranger station were the autopsy was planned and where the elephants were supposed to be buried afterwards.

Veterinarians of the Department of national parks were assisted by our WFFT veterinarian Dr Pang in performing the autopsy on all three elephants. During the autopsy the vets checked for wounds, burns and other signs of electrocution or poisoning. The smallest elephant (about 3 years of age) was missing a part of her trunk, but on both other elephants no wounds or burns were found. For this reason most people still suggested that the elephants were poisoned. The autopsy took in all a bit less than 3 hours, and the elephants were buried onsite.

At 9 PM, our founder, Edwin Wiek, received a phone call from the police chief in Huahin that a large roll of electrical wire was found hidden nearby the site where the three elephants were found. Within one more hour a local man confessed to police that he had put up an electrical wire one meter above the ground with a current of 220 volts, connected directly to the grid to keep out the wild elephants from the grasslands. He said he was aware at that time that this wire could kill the elephants. Whether the cause of death is electrocution or poisoning, it is pretty clear the elephants were killed with intention.

WFFT will anyhow await the results of the labs in Bangkok on the autopsy, as we have seen in the past that sometimes there might be more to this kind of issue, than seems at first. We will send an urgent letter to the director-general of the DNP asking for stricter enforcement of forest and wildlife protection laws as we feel that illegal farms and influential investors are taking more and more forest away. 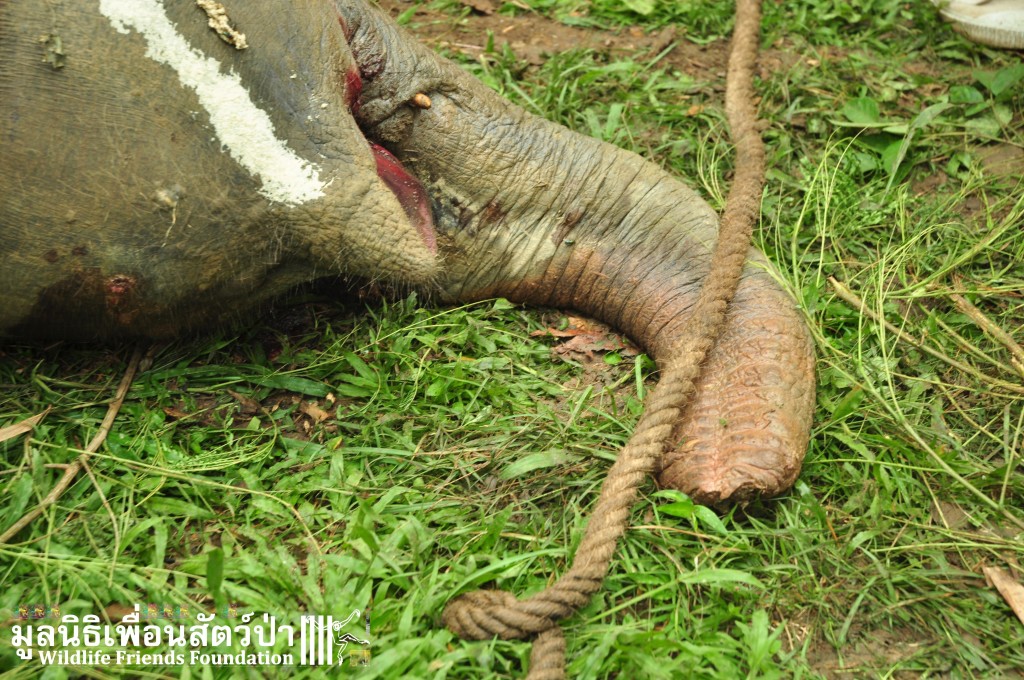 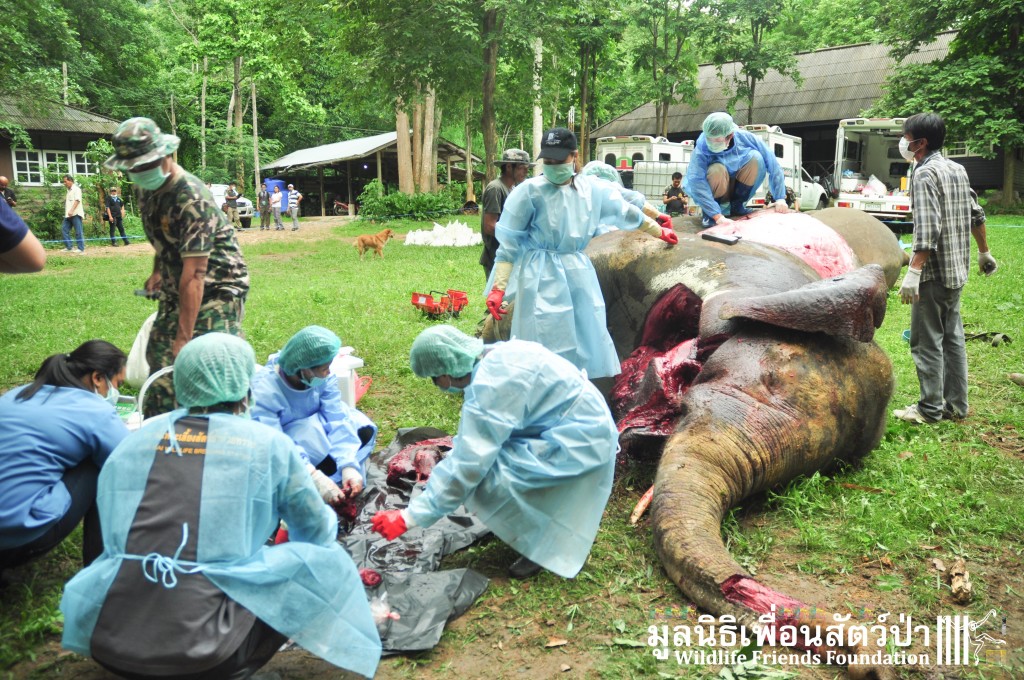 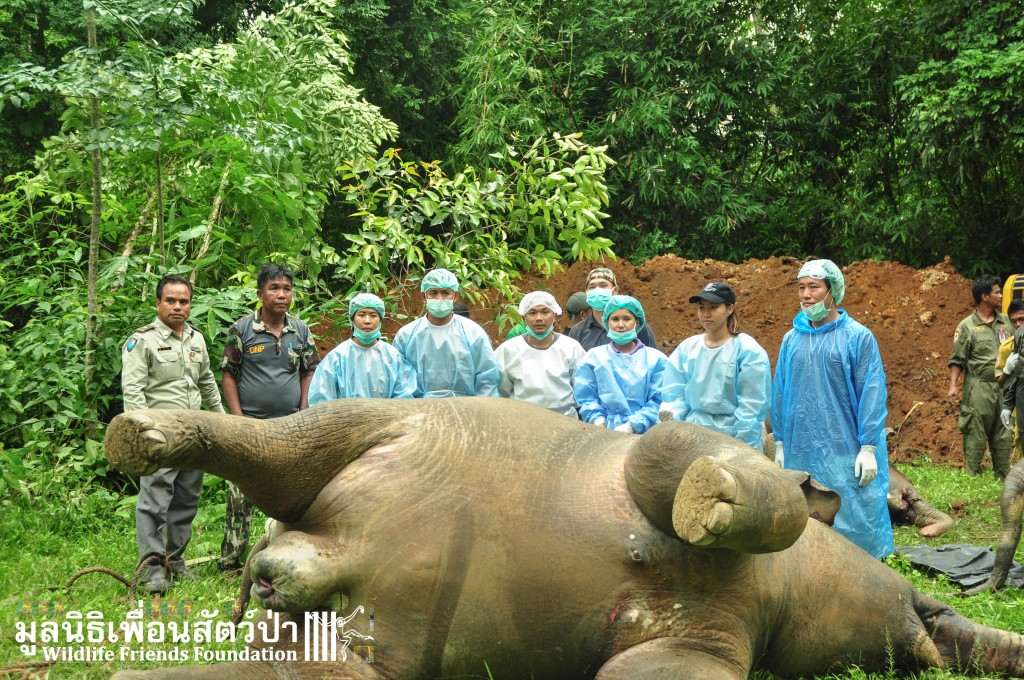 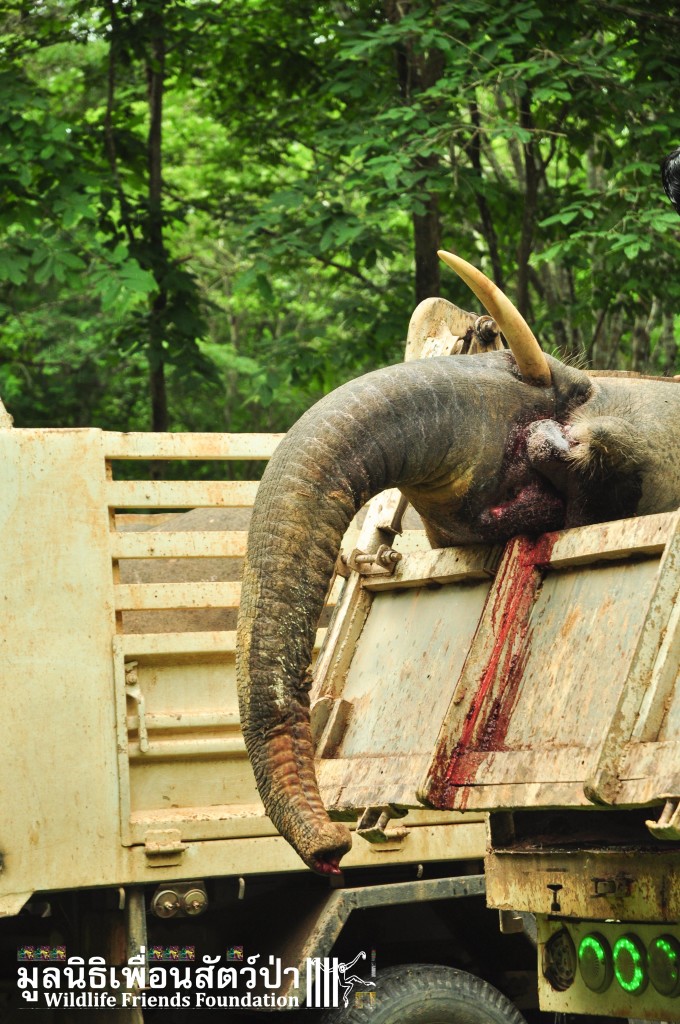 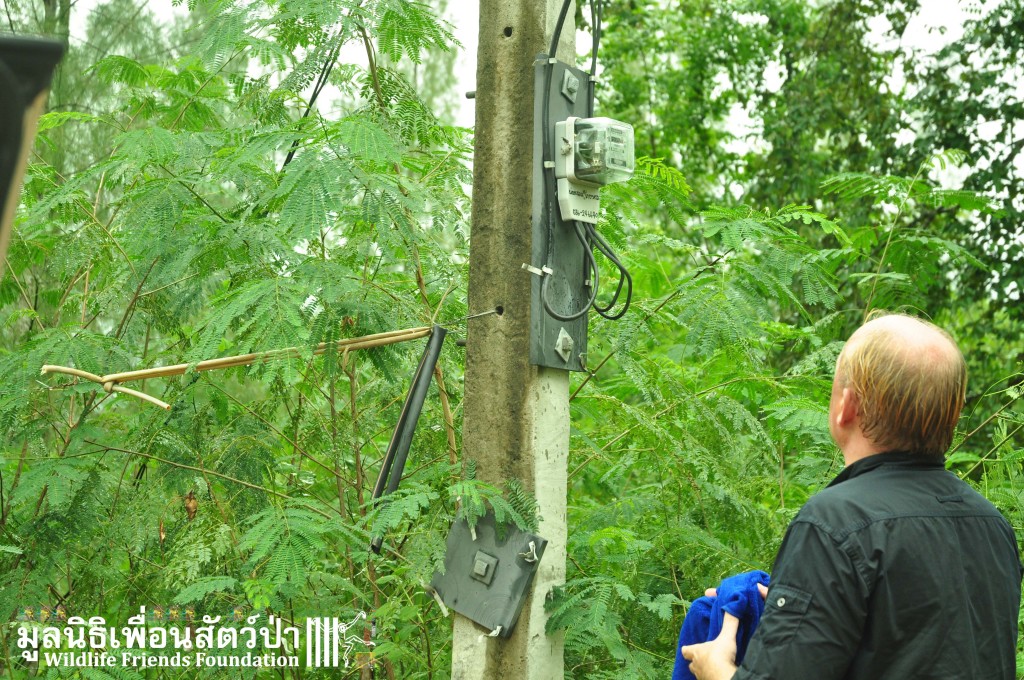 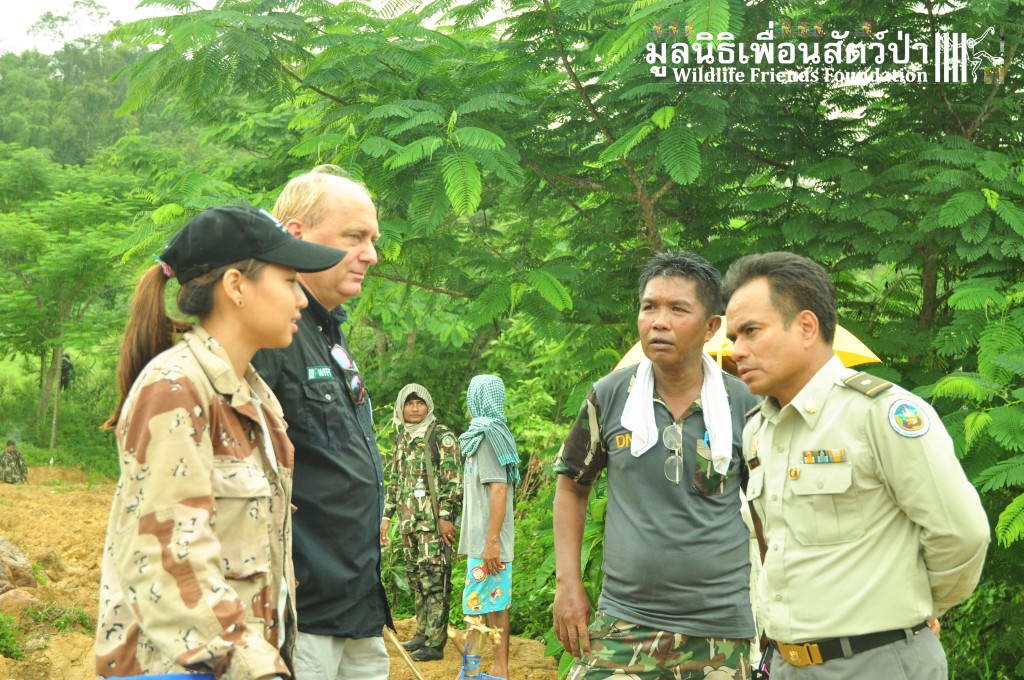 The Elephants of Thailand Need our Help More than Ever

Elephant Herds Increasing Despite Thai Tragedy
Plans to protect elephants should focus on protecting habitat, curbing conflict with humans and proper punishment of poachers. Rangers at Khao Yai National Park in central Thailand heard the trumpeting of distressed elephants several hours before dawn on Saturday October 5.
- Copyright Wildlife Friends Foundation Thailand - All Rights Reserved
Back To Top
We use cookies to ensure that we give you the best experience on our website. If you continue to use this site we will assume that you are happy with it.Ok