A plea for urgently needed help:

Khan Kluay the youngest of our elephants here, and the only bull, at only 10 years old he is the baby of the bunch, already weighing in at two and a half tonnes (2500kg). With that kind of weight behind him, this beautiful boy can cause some serious harm and/or damage, irrelevant of his intentions. Everyday he grows bigger and stronger, asian male elephants can grow up to 21 feet long and reach heights of upto 10 feet and can weigh as much as 5 tonnes (5000kg). The bull also is a solitary animal, and as Kan Kluay matures he will become more aggressive, more unpredictable and very dangerous as he goes through “musth” (1).

At present he is living in an enclosure with his adopted mother Somboon, but we need to be pro-active and find a solution to what could be a real issue, not only for Kan Kluay, but for a number of other troubled elephants that need to be rescued. At present there are no facilities in Thailand that can care for adolescent male elephants in this position without
a) keeping them chained up by all 4 legs to ensure that they cannot move and therefore not cause danger to themselves or others or
b) keep putting them through the “phajaan” (breaking of the elephant spirit). We absolutely wouldn’t even consider the latter or former, we have fought and worked too hard to get Kan Kluay and the other elephants out of their hellish lives. So what other options could there be? Releasing them back into the wild? There is a difficulty with this, areas in which the elephants would naturally reside are few and far between due to building development, and they would be fighting with humans for space and natural resources for food, plus their fear of, or submission to humans could mean real danger for the male elephants not only by poachers (for their tusks) but also by the humans that they may live near to who may kill the elephants for coming to close to ‘their’ homes. The next option; Euthanasia! There is absolutely NO WAY that we would even consider putting a completely healthy animal down, let alone one that is on the endangered species list.

We have one option left, to ensure the safety, and healthy development of Kan Kluay and the other male elephants we will rescue. A new enclosure, one that is large enough for Kan Kluay and the other males that we rescue to thrive and live the rest of their lives with some semblance of normality. A secure enclosure that will resemble their natural habitat, and give them the space to roam and forage and give them much needed distance from human interaction. A place that will allow them to cool off in natural pools, stand in the shade of trees, forage to their hearts content and yet still be safe from poachers or other human threats. We have meticulously designed a very large enclosure of approximately 50,000 square metres on a large piece of land which borders our rescue centre so that Kan Kluay and other elephants we have or will rescue who may have similar problems can get all the space they need and can live the rest of their lives in safety and peace.

With these plans in place, please find following
our proposal to help Khan Kluay and other rescued bull elephants gain their peace, dignity and lives back, and allow them to naturally go through the “musth” (1) without risk to their lives or those of any humans around them. We are looking for sponsors, donations as well as supporters to help us make this a reality for Khan Kluay and the others. The WFFT Elephant Project!

We still need your help! 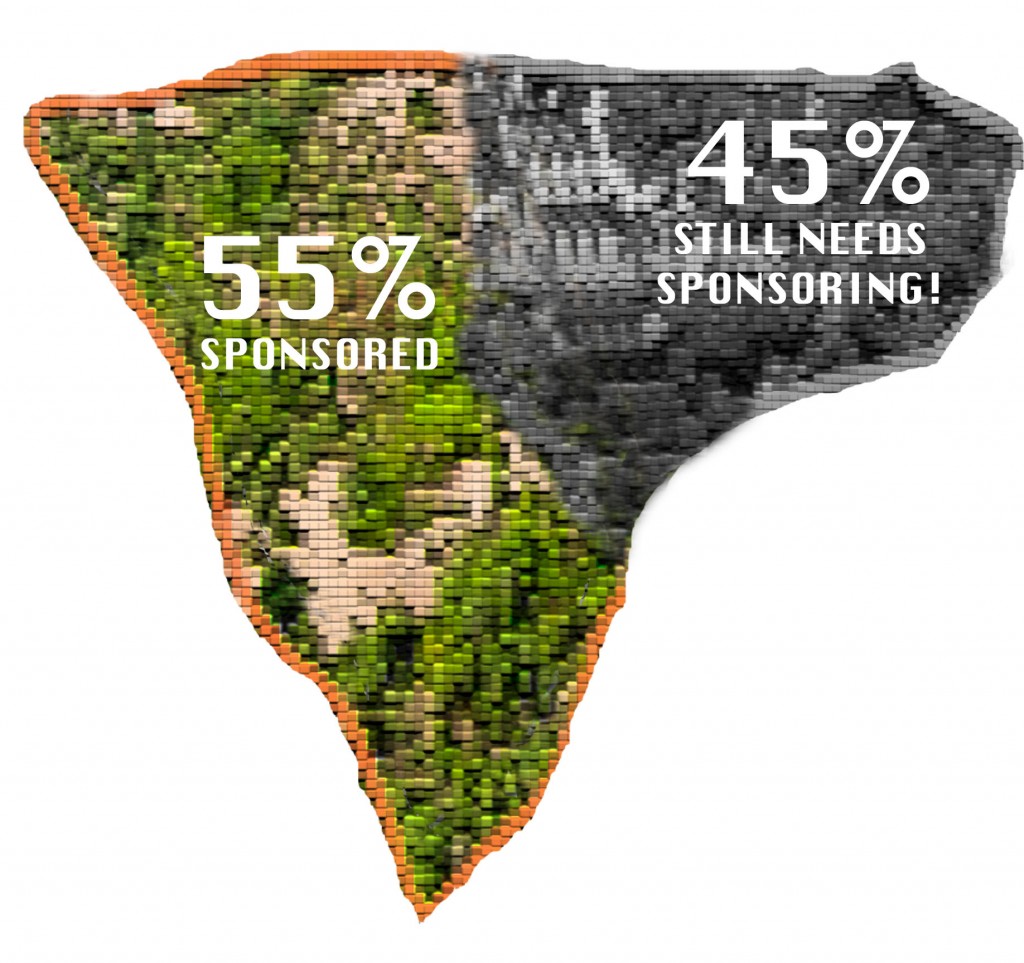 For us to realize the Elephant Wild Enclosure for our rescued young male elephant Khan Kluey, we still need much more funding! We would like to build an enclosure in a more natural environment for him to release his energy, and for other elephants alike. Currently there is 7 hectares of forest, adjacent to our current WFFT Rescue Center available for this. We are well on our way thanks to the great support of our fundraisers in Sydney and Brisbane, however in order to put safe fencing around the land, dig bigger ponds for the elephants to swim and build several provisions like shade huts and feeding platters, we are in need of at least another USD 40,000.

You can help us by donating money: USD 30 for every 20sqm of forest. Or you can organize a fundraise in your own community to help us reach our goal. The money can be transfered via our Paypal button, or one of our bank accounts listed on our website under the chapter “donate”. You will receive a certificate for each piece of forest you donate for, and regular updates on the progress.

1) Musth or must is a periodic condition in bull (male) elephants , characterized by highly aggressive behavior and accompanied by a large rise in reproductive hormones – testosterone levels in an elephant in musth can be as much as 60 times greater than in the same elephant at other times. However, whether this hormonal surge is the sole cause of musth, or merely a contributing factor, is unknown; scientific investigation of musth is problematic because even the most placid elephants become highly violent toward humans and other elephants during musth, requiring segregation and isolation until they recover.