On Friday the 4th of October 2013 the Wildlife Friends Foundation Thailand (WFFT) co-organized the “March for Elephants” in Bangkok with the Elephant Nature Park (ENP), Thai Animal Guardians (Thaiaga) and the Animal Activist Alliance of Thailand (AAA). The march called for a complete ban on ivory trade in Thailand and worldwide. Although we initially wished to join the worldwide march organized by an English foundation we were not able to join them as they unfortunately never replied to our emails to join in. we as Thai foundations had to organize it therefor on our own, turning it anyway into a huge success with so many people attending! 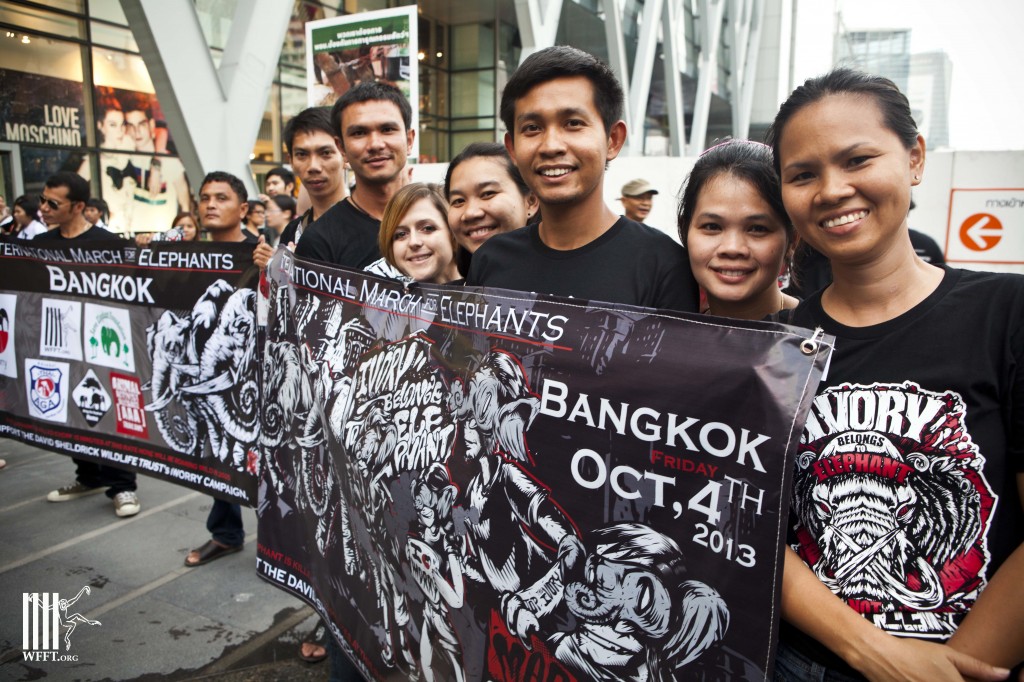 We expected ahead of the protest about 200 people, however we were able to mobilize a staggering 500 people in total! The march started at MBK center in central Bangkok, who very nicely offered us a place to gather, put up tents in case it would rain and offered drinking water to all participants.

The walk was about 2 kilometers from MBK to the Centralworld plaza where again we were offered a gathering place by Central group of companies.

During the march people chanted “Stop trade in ivory, stop killing elephants!” in both english and Thai. The specially designed t-shirts were worn by almost all participants and made the protest look even better. WFFT joined the march with staff and volunteers, 20 in total.

Earlier in the morning Edwin and Lek (ENP) also visited the ministry of natural resources and met with the minister, who told us that he had received orders form the prime minister Yingluck Shinawatra to change laws on elephants and the trade in ivory. He said however this change would be in steps. We are concerned that these steps will take too much time however. For this reason campaigning will have to continue! 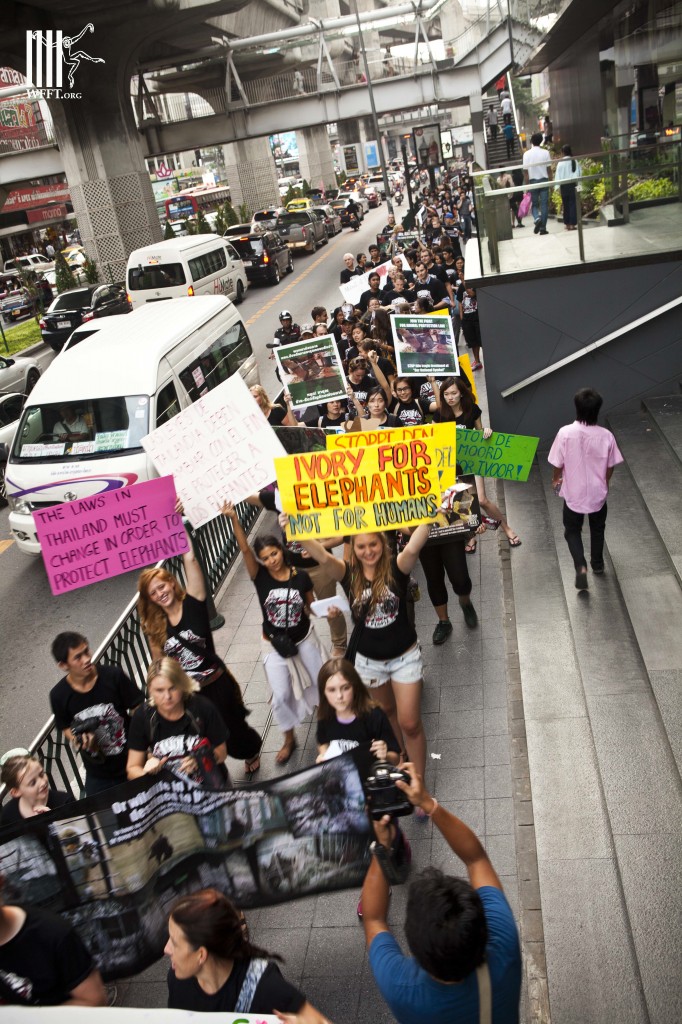 The Elephants of Thailand Need our Help More than Ever

Elephant Herds Increasing Despite Thai Tragedy
Plans to protect elephants should focus on protecting habitat, curbing conflict with humans and proper punishment of poachers. Rangers at Khao Yai National Park in central Thailand heard the trumpeting of distressed elephants several hours before dawn on Saturday October 5.
Volunteer Lake Cleaning
It has been a very hot dry season in Thailand. Our elephant volunteer team has been cooling off clearing aquatic plants in Boon Dee’s lake.
- Copyright Wildlife Friends Foundation Thailand - All Rights Reserved
Back To Top
We use cookies to ensure that we give you the best experience on our website. If you continue to use this site we will assume that you are happy with it.Ok