A week after the sad news of Bua Ngun passing away we have again bad news, as we already expected last week. June, the close friend of Bua Ngun has passed away last night in the forest of WFFT and the Kao Look Chang temple. June spend almost 3 years at WFFT after she was abandoned to die in the Surin elephant project village in 2010. (see story on link hereunder) 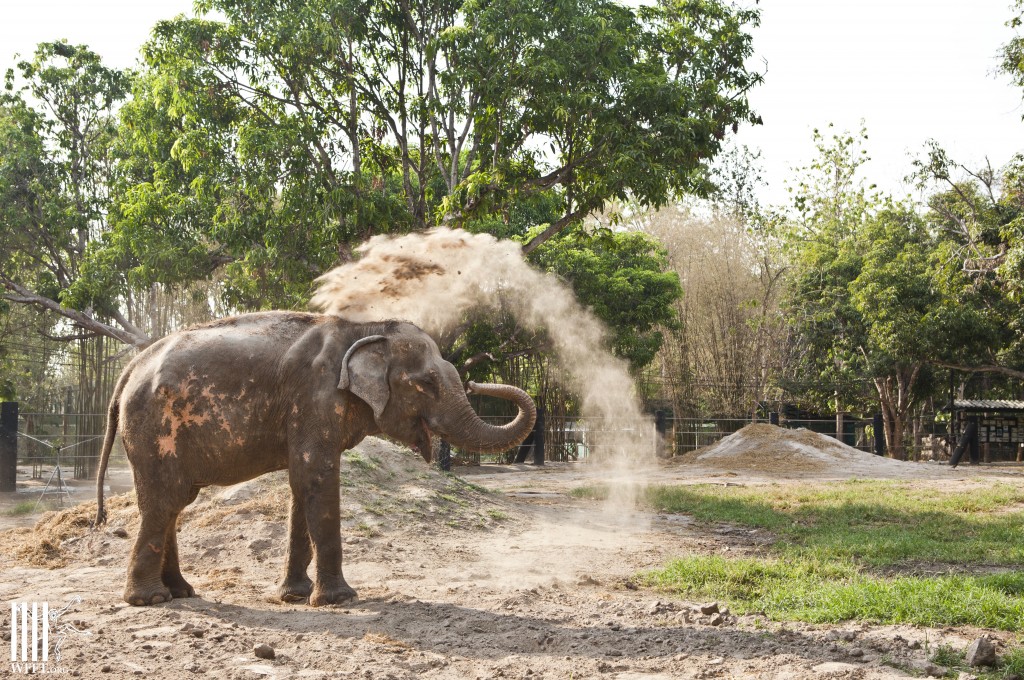 June in April 2013 a week before she passed away

June has been upset since the death of her close friend and recently stopped showing interest in water and food, the last one and a half days not eating at all. Last night June wanted to go out of her paddock after she first laid down for a while and (for the first time ever here) got up herself and was restless, as if she was looking for a quiet and comfortable place. June went to the forest where she and Bua Ngun used to go and forage on their daily walks of the past, not wanting to return to her own paddock late at night. Fearing for the worst we decided to let her have it her own way, she stayed in the forest on her own in quietness and dignity. It is known that elephants like to go into forests on their own when they know it is time to go, we felt June was to be given the right of “freedom” to choose her time and location to go. June was born 70 years ago as a wild elephant in the forests of Thailand and it is obvious now that she herself decided to die in the same forests she first saw the light.

June, it was an honor to have known you and to be able to help you. So many sponsors of WFFT made your rescue and care possible by donating their money towards you, so many volunteers worked so hard to make these last 3 years of your life so much better. We are sure that the 100’s of volunteers that have worked with you will remember you as a gentle giant, just like Bua Ngun you forgave people for the pain and suffering caused by other humans in the past.

June has been buried in the forest on the spot she passed away. 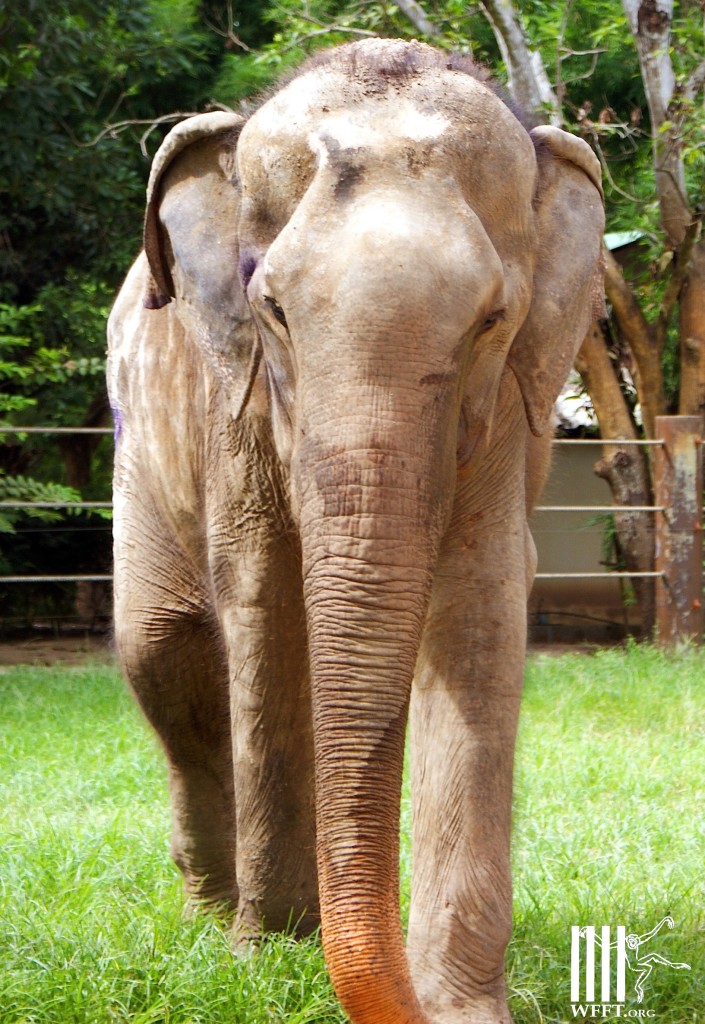 June in her best times at WFFT

June on the days of her rescue

Junes physical and medical progress in the past years

Can you help us Rescue these two Elephant Friends?

Can we give these Friends, Freedom Together Forever…? We need your help once again to…

Elephants for tourism; THE DAMAGE DONE