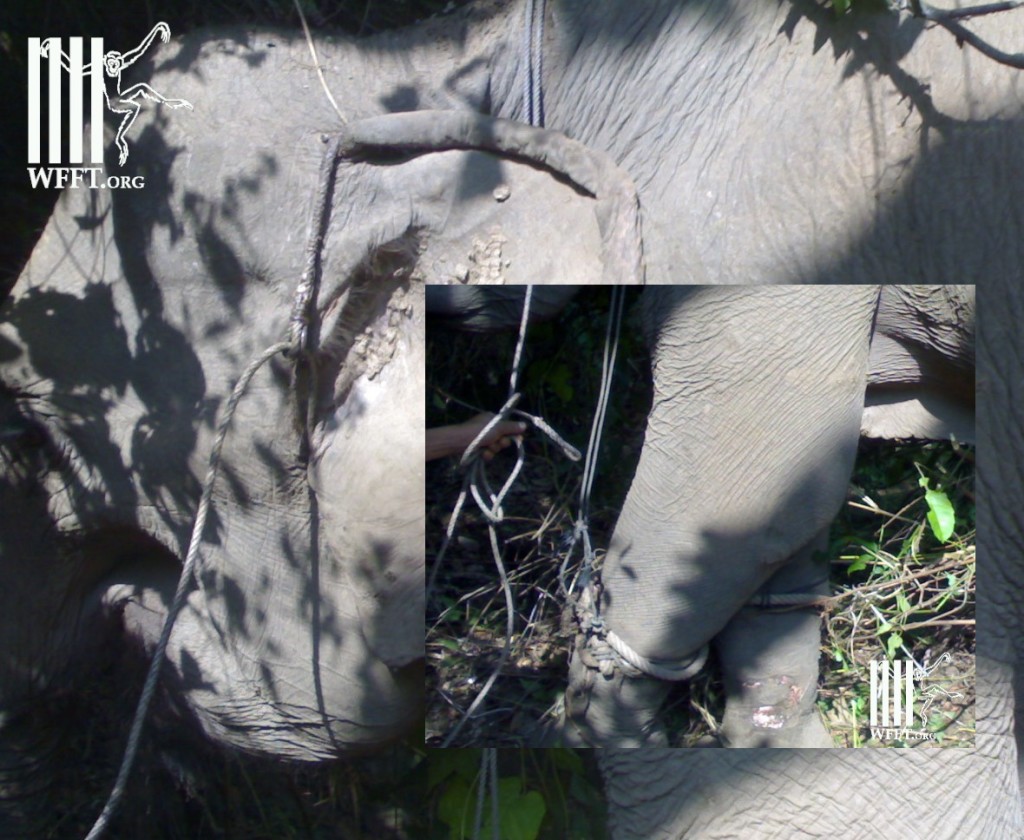 Wired and roped up in a Western Thai forest, ready to be taken to an elephant tourist camp

We followed the lives of three confiscated elephants, the birth of a little calf that never lived long enough to see the forest again and a mother that died soon after, how a little elephant was killed due to lack of care and safety and how one baby elephant turned mad due to stress, loneliness and wrong care. For now see the photographs of the capture of one of those unfortunate elephants, a victim of non-enforcement, corruption, ignorance and human greed. 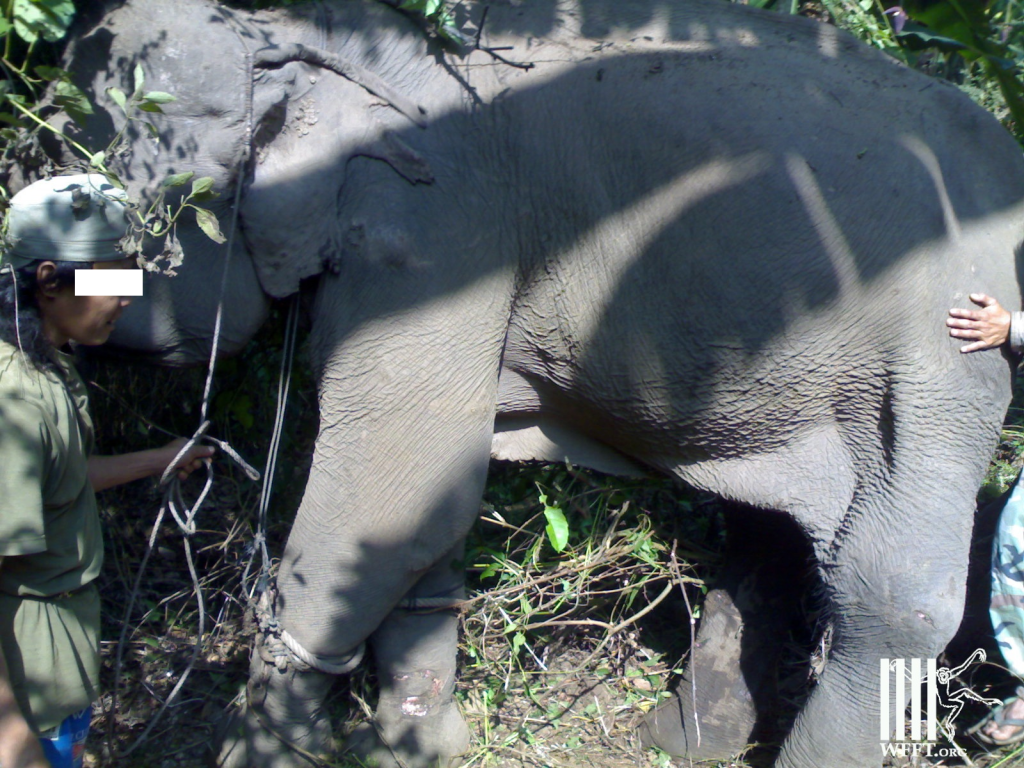 Poachers remove the iron wires and ropes used to catch the poor elephant. 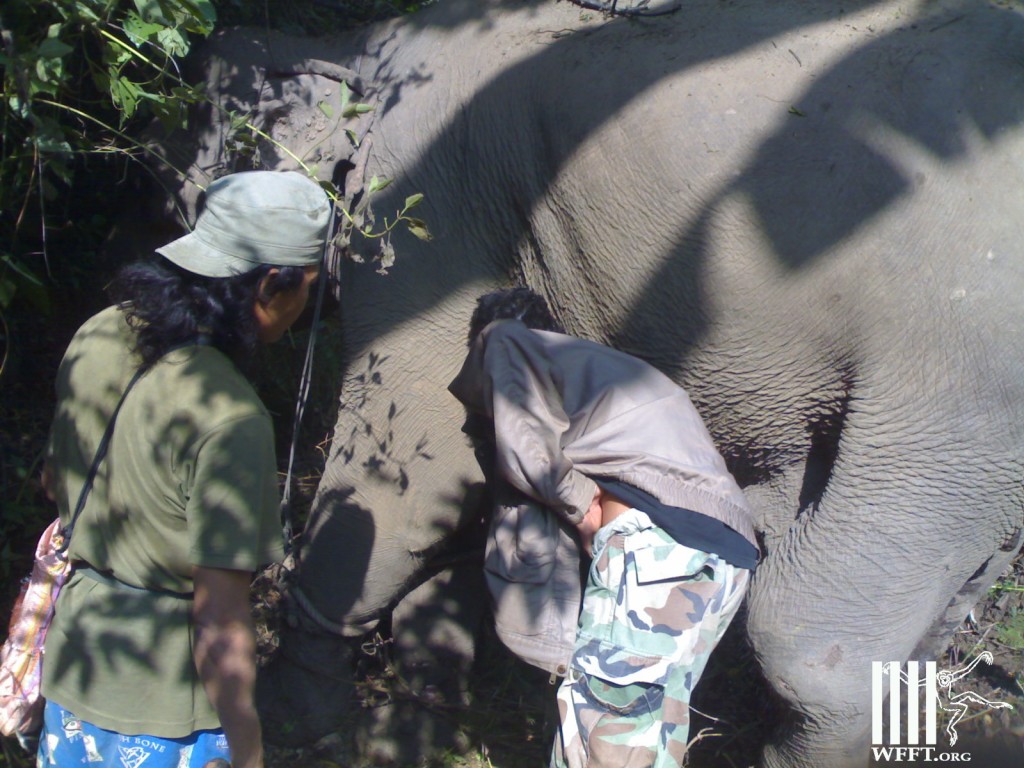 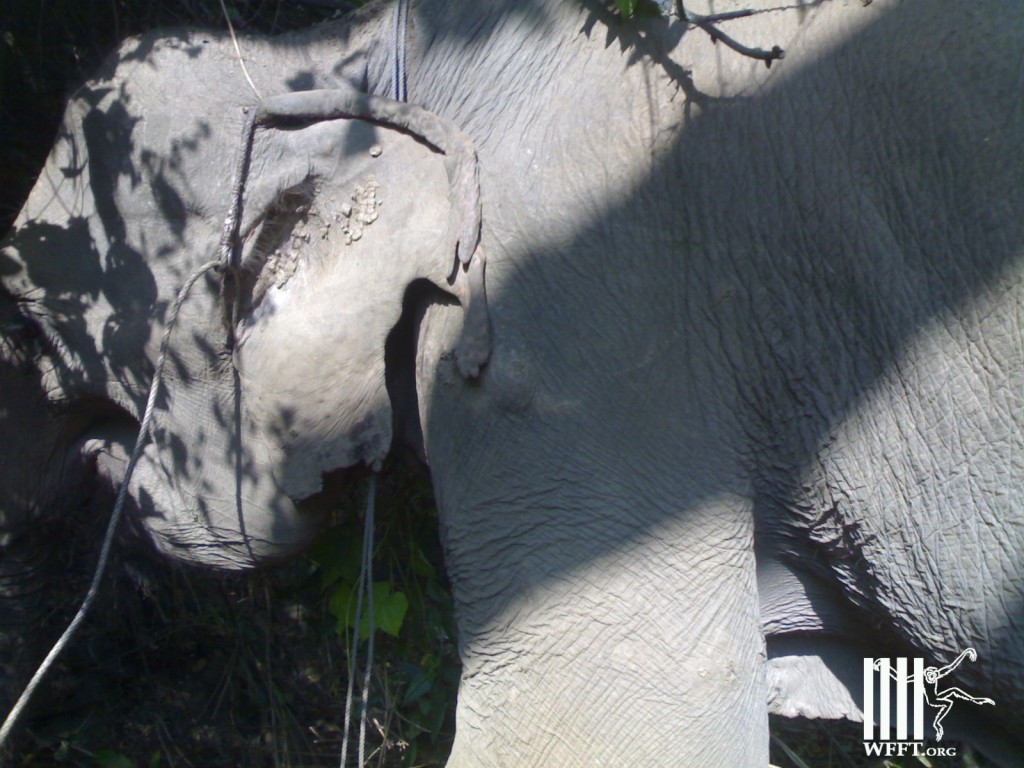 Follow our story and see how this elephant that was taken from the wild went through capture, training and spirit-breaking, wildlife-laundering, bureaucracy, wrong care, and before death too much pain and agony.

She is here!!! Nam Fon returns to WFFT

Source: The Daily Mail http://www.dailymail.co.uk/news/article-2176957/The-agonising-blows-expose-evil-secrets-Thailands-elephant-tourism-The-Duchess-Cornwalls-brother-tells-baby-elephants-brutally-starved-tortured.html?ito=feeds-newsxml The agonising blows that expose the evil secrets of Thailand’s…