After receiving a call about rescue of an Emu, the WFFT rescue team arrived in Hua Hin to find a very weak Cassowary. Cassowaries are the more colourful (and dangerous!) relatives of the emu. Well known in their native New Guinea and Australia for their aggressive nature and sharp claws, the bird not only looks like a dinosaur but kicks like a velociraptor too! This individual however was too weak to be a threat and was transported to the WFFT wildlife hospital immediately for treatment. The 35kg Cassowary had lived for 10 years at a temple in Hua Hin but had escaped and been caught by a local foundation. The bird had sustained traumatic injuries to the beak, eyes, crest and throat and could barely stand, swallow or open his right eye. He has gained some strength after fluids and supportive treatment but still has a long way to go. The Intensive care continues with 2 hourly tube feeding until he is strong enough to swallow on his own. We’ll know he’s feeling better when he is too strong to handle!

“Cassie” seems to be doing  abit better and is now starting to eat more and wonder around her new enclosure.

She seems to have no problem with Noi (Jansaeng) visiting and hand feeding her every day. 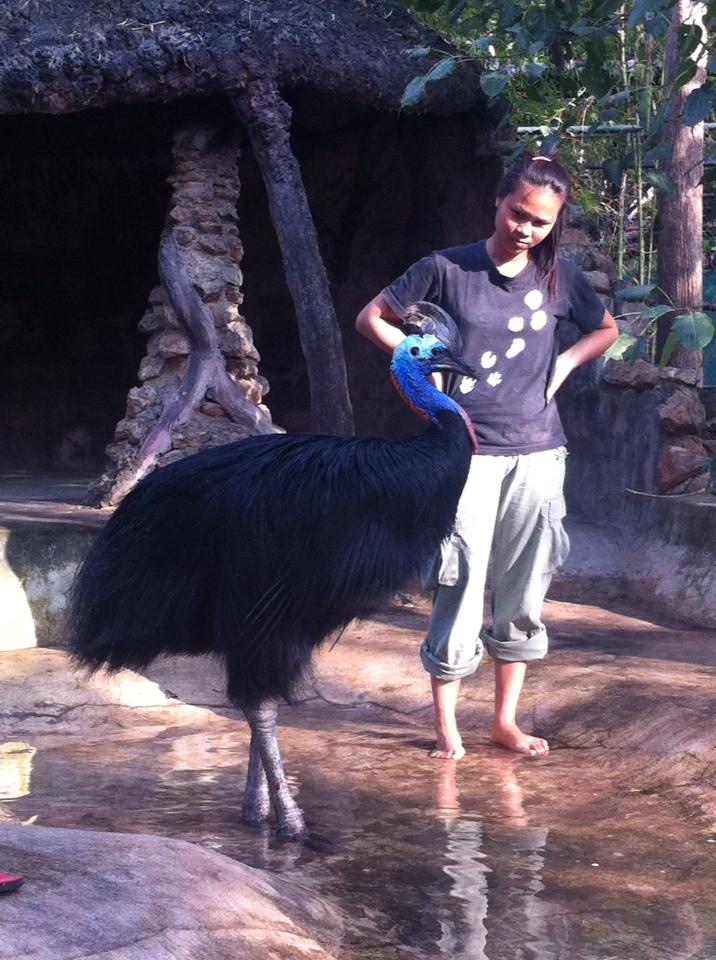 New arrival: barn owl with broken wing
We rescued a beautiful barn owl from the side of the road. He has a broken wing and will receive the vet care needed at WFFT.
NEW ARRIVAL: injured juvenile Painted Stork
The stork has a broken leg and will likely need surgery to pin the bones together. Please help us help wildlife in dire need!
Desperate barn owl in need of help
This barn owl arrived in a terrible condition - malnourished, dehydrated and has a severely infected wound on her right wing.
Copyright Wildlife Friends Foundation Thailand - All Rights Reserved - | - GDPR Privacy Our Policies
Back To Top
This website uses cookies to improve your experience. We'll assume you're ok with this, but you can opt-out if you wish. Accept Reject Our Policies
Privacy & Cookies Policy