Today 27th of August 2013 the prosecutor and provincial court have ruled that the WFFT Foundation was not illegally running a wildlife clinic or animal hospital as charged by some officials early last year! The case has been dropped against the foundation and we can continue our work as usual, as we have done the last 12 years.

The Wildlife Friends Foundation Thailand (WFFT) is still the ONLY wildlife NGO facilitating a wildlife rescue center in Thailand with a fully equipped and licensed wildlife hospital!

The story of last year hereunder:

It would be a joke, if it weren’t so bloody stupid!

At the end of February this year the director-general of the Department of National Parks (DNP) issued a statement that during his raid at the WFFT wildlife rescue center, the only mixed wildlife rescue center in Indo-China that has been built up to international standard, he found that the WFFT wildlife recue center had “a dirty little room” with “old and dysfunctional medical supplies and instruments” that the WFFT called a wildlife hospital. In his press release he called it a shame that this “hospital” was being set up to treat injured wild animals and said there were no veterinarians employed by the WFFT. He mentioned that the DNP did have first class facilities at all their 13 wildlife breeding centers (the DNP does not have rescue or quarantine centers) where they take rescued and confiscated wildlife. He pledged to the media to do all he could to close down the “dirty little shame of a hospital”.

Some pictures of our “dirty little hospital” 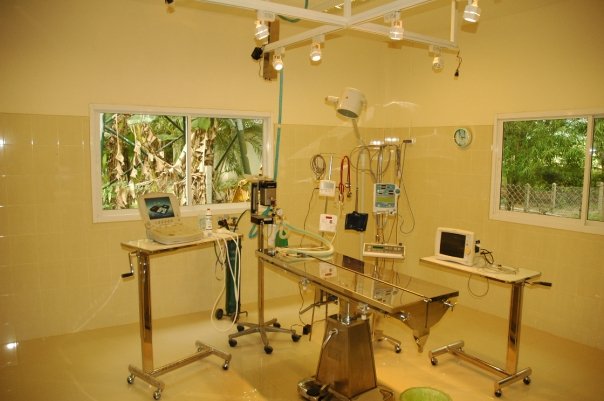 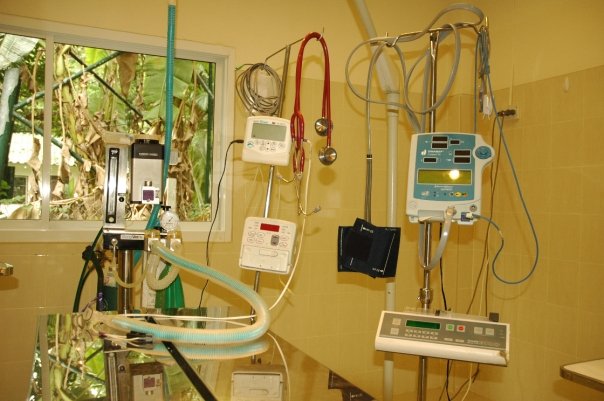 So what did really happen at this time? The WFFT had submitted a new application for an animal hospital early January 2012. As the law had recently changed we now had to have not only a proper medical facility with treatment room, surgery room and more, but we also needed to have an ultrasound and x-ray machine. This last thing, the x-ray was something we did not have, so a new permit had to be given for “a hospital without night-care” under the newest livestock veterinary law. As we were not able to purchase such an x-ray due to lack of funds, we decided to “downgrade” the permit. We were told it would take a few months for the paperwork, but as we employed a Thai veterinarian (Dr. Ball) at this time we knew we were able to work as usual. A new visit appointment to check the hospital readiness was made for the 8th of March. On the 8th of March we were told that we would be given the permit anyhow with our promise that we would purchase an x-ray within 6 months. We were given two more weeks to install emergency lighting, two fire extinguishers and one freezer-box for deceased animals. We prepared the hospital completely for a visit and installed all changes and purchased new medication to have everything complete and organized. On the 22nd of March a full inspector’s team of the livestock department with the regional director visited and checked our hospital a last time and issued the new permit. They told us that they were impressed with our facility and the total set-up of the hospital. It was said we would receive the official permit in writing within this (March) month. We did. 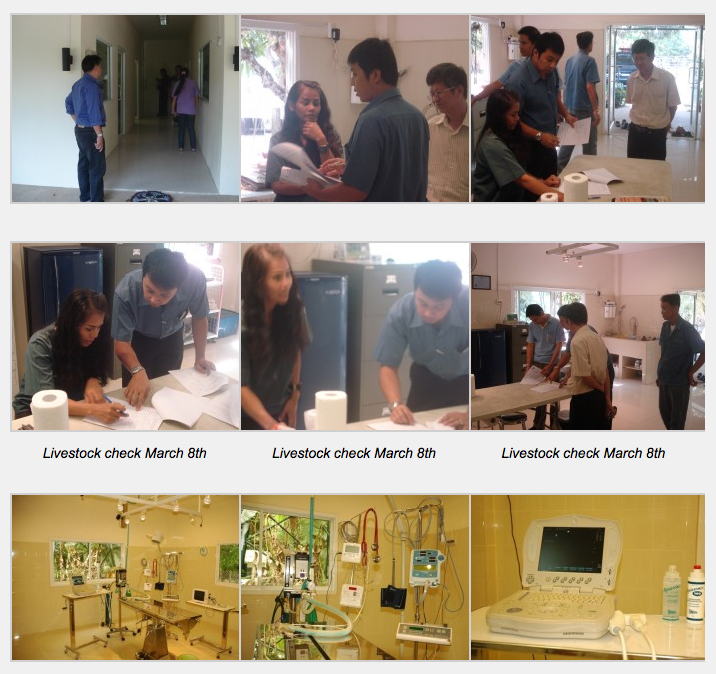 However on direct orders of the DNP chief himself, a livestock inspector from Bangkok came to the WFFT hospital on the 23rd of March. This man, a certain Sorrayuth was not aware that we already applied for a new permit and did not know the regional director and inspectors visited one day before he did. He completely ignored the protocol to inform the regional offices of his “investigation” and charged the WFFT with local police with “illegally running an animals hospital without permit”…

Strangely enough he waited 30 days with registering the charge with police and never actually showed any ID while visiting the WFFT. He entered the hospital without permission and never did see anyone at work there, as the vet and Noi were out rescuing an elephant in Pattaya that day. Edwin was abroad that day as well.

So how is it possible that police takes on a charge like this, even when they know the permit was verbally issued the day before? How is it possible that you can be charged running a hospital when you only use that facility for treatment of your own animals and not for outside “customers” paying for services? Why did police never visit the hospital themselves at all to investigate? And why is the provincial prosecutor so very focused on taking this “case” to court? It is impossible to get a hospital permit without having the facility completely ready for work. So once anyone applies for a permit he or she will be given 2 to 3 months time to get the facility ready, and as he or she does so she can be charged “having a medical facility without permit”? That makes it practically impossible to set up a legal hospital without risking being arrested for being illegal… Complete madness.

Worse of all is that the provincial prosecutor replied to our question whether we could treat our own animals in our place or not that he said that he “didn’t care about the animals, they should be legally treated or might as well better die” as “the law comes before the life of animals” and more nonsense such as “we have our laws of our country and we just enforce them to the maximum” as if we are stupid…

The case will be taken to court on the 20th of December by the prosecutor even though he as seen all evidence that the permit was issued on the day of the “raid”, even though he knows the ruling of the parliamentary committee that the harassment has to stop. He obviously has “his” reasons to go on with this just as he pushed the earlier case on wildlife possession through in a record time. We wonder if he works for the benefit of law and community or someone else’s.

The good news is that all other ridiculous “legal” cases have been dropped expect for the ones mentioned above. The issue of false registration of the foundation has been proven wrong. The accusations of forest encroachment have been proven false. The claim we were having illegal elephants at the center were found groundless, and so on, and so on!

Currently we are looking forward to the coming months when the DNP will be dissolved and wildlife protection will be again under the jurisdiction of the Royal Forestry Department as it should be. The parliament and government has decided that the Department of National Parks will be dissolved due to gross corruption, the use of armed officials against political rallies and ngo’s, and the gross misuse of funds and budgets for overseas trips to casinos in f.e. Las Vegas USA.

The future looks a bit better without the DNP, but we still face the troubles they created in court. Legal charges against the director-general of the DNP are still pending, but prosecutors are reluctant to take them to court, we wonder why….

This week we received a call about an injured cow in need of emergency medical treatment.

Bernard’s Rescue Update on the "angry" bird... In December 2012 WFFT received a call about…