Gold Wolf or Golden Jackal handed over to WFFT

A six month old “gold wolf or golden jackal” was handed over to the WFFT wildlife hospital today. The jackal had some small wounds on its mouth and cheeks but was basically handed over as it was to aggressive to handle by its “owner”. This little creature was taken from the wild at only a week or two old as its mother was killed by poachers in a trap. His brothers and sisters died within days after they were taken in by locals.

Luckily for this little guy the people who cared for him looked on the internet for a solution and found the WFFT wildlife rescue center online, they drove 300 kilometers within the same day to hand over the little jackal.

We will keep you updated on the progress of the jackal pup. 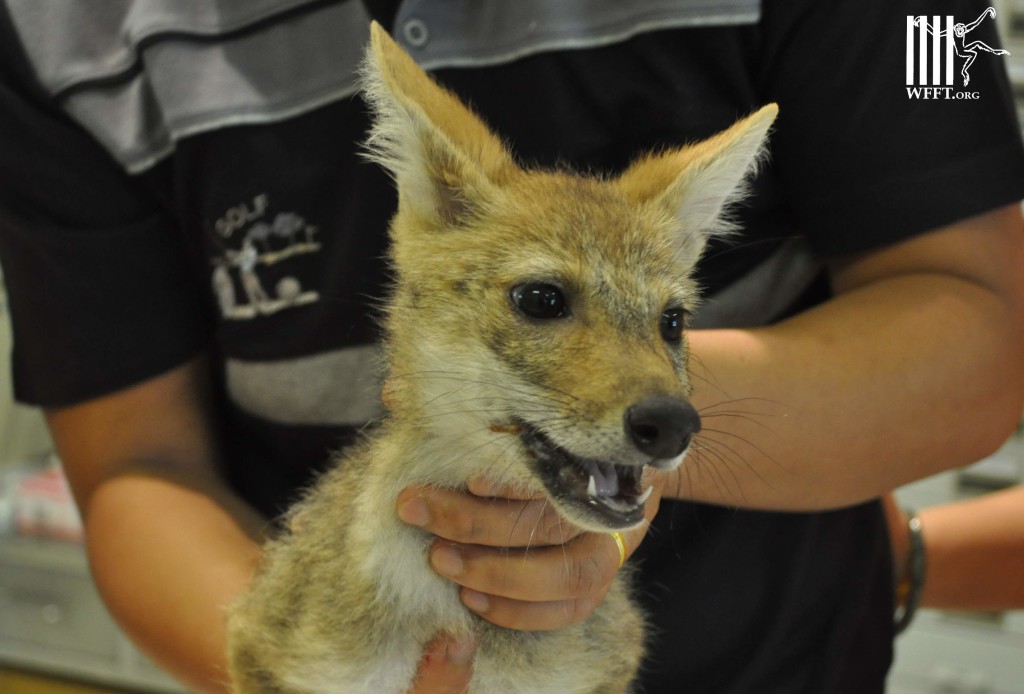 And again dogs coming in from the floods… This time from Bangkok.

We need a home!! We have had numerous kittens and puppies dumped in the road outside our gates. Currently, they are being quarantined in our hospital. We can provide you with free vaccinations and de-sexing.

Severely Injured Dogs in Need of Help : Double Rescue for the WFFT Team!